I remember sitting with my mother in the common area and she kept pointing to her tongue. I didn’t know what she was doing. I was agitated. And I went and got a nurse. I couldn’t deal with... 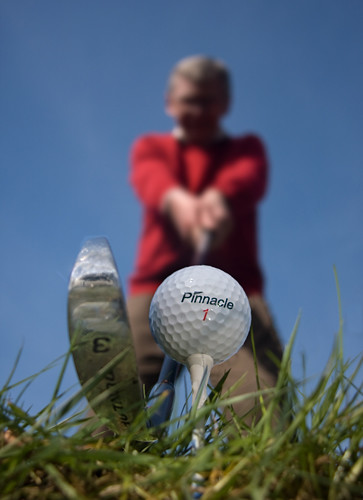 It wasn’t the first time worms had come into it. There was a vast tract of land richer than loam and home to a vast colony of worms who have lived in secret for centuries in compost, compiling a great work... 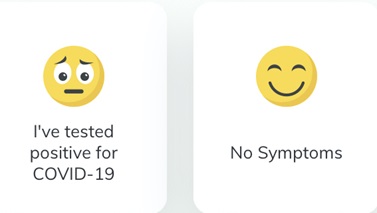 To: All Faculty and Staff From: Vice President of Human Resources Re: Mandatory COVID-19 #CampusClear Daily Screening   Please complete all of these prompts on a daily basis whether or not you plan on coming...

Scoundrel Time is thrilled to announce our nominees for the 2021 Pushcart Prize:

Poetry:
Shane McCrae’s “Some Heavens are All Silence”

Coping on the Upper West Side by Eleanor Windman

Essay:
“Behind the Red Railing: My Childhood Isolation” by Ken Massey

And, we are proud to announce that these works published in Scoundrel Time have been nominated by Pushcart contributing editors:

Essay:
“The Route to Solitude: On Facing the Coronavirus in South Korea” by Josalyn Knapic

The lizard was trapped between the glass door and the screen. Its long, crooked body and small head couldn’t hide the sight of my dry backyard. Yet the lizard was all I could see. A lizard, my sole companion in these strange days of isolation and...

J-U-S-T-I-C-E. I am writing in neon chalk on my driveway as four bare white feet dance in all directions around me. Jonas, three years old and exploding into boyhood, grabs the green chalk and scribbles around my letters. Emet, six, takes the...

I recently saw photos of Instagram influencers who had darkened their faces in a misguided show of solidarity for Black Lives Matter. Their efforts made me cringe and reminded me of a time in my own life when what began as empathy resulted in an...

Deborah A. Lott
EssaysScenes From a Pandemic

Dear ______________, You stole my thunder, calling. I had been meaning to write. I guess we both felt the lack. Not that anything’s happening. Most seismic events here have been interior. Outwardly: last night I made yellow-rice-and-black...

Your sister, the Dog Star, was the brightest. You, the Pup, nobody even saw, until one night in eighteen sixty-two, when a young man with a telescope of his own devise looked up, and there, where the wobble in your sister’s gait suggested you...

Hi, This Is Your Neighbor

Attention Volunteers: Due to ____________, we have updated the Get Out the Vote script as follows. Further changes will be uploaded to this site weekly daily hourly on the minute. Please note, we have discontinued secondary primary log...

Dina Greenberg
EssaysScenes From a Pandemic

Behind the Red Railing: My Childhood Isolation

My first experience of isolation and social distancing occurred when I was four years old. Although I understand it now through the eyes of an adult, my recollection of the episode is utterly clear. I often picture it in my mind as a time before...

Coping on the Upper West Side

The building is filled with old ladies, some with walkers, some with aides, and many who manage quite well on their own. They are mostly widows, wearing sensible shoes from Harry’s, lots of black puffer coats, and carrying New Yorker shopping bags...

Fact death’s birth theater: a circling thicket of negligent capability’s white folding chairs on a plantation or at an inauguration. Effluvium whiteness Mount Vesuviusing to thy neighbor’s lawn— an abscess. And I’m swaddled in white, stained...

Cradling Our Breath   Afloat   Rocking the Heart   Safe Harbour   In June, I sat with a guided meditation teacher on Dan Harris’s app, Ten Percent Happier, where the prompt was simply, “cradle your breath.” As I applied the...

The Last Time Things Were Normal      The last time things were more or less normal, I got a haircut. Or rather, a trim. There was no particular reason for it. I woke up, noticed the dullness of the dark, wiry strands wrapped in a bun, felt the...

They’re dressing up cats on Facebook and someone has taught a dog to play volleyball— a natural, he always makes the return. Bocelli and Orlenski transcend and console, nepenthe for the quarantined. I hold onto a kitchen chair and learn to plié. The...

Happy hour in the memory care unit means Frank Sinatra on the stereo, kiwi smoothies in little plastic cups, and my mom, wearing elasticized pants and my dad’s old zip-up sweater, dancing among wheelchairs. This late-January snapshot of my mom’s...

Jamie Holland
EssaysScenes From a Pandemic

When Home Is More Than a House: Learning from Trees and Time

“…to become native of this place, if we are to survive here, and our neighbors too, our work is to learn to speak the grammar of animacy, so that we might be truly at home.” –Robin Wall Kimmerer, Braiding Sweetgrass   So many processes...

Yelp Reviews For a Lost Corner

Parasite and Capitalism: A Romance?

Note: This essay contains spoilers. Bong Jung-Ho’s award-winning film Parasite centers around two families, the Kims and the Parks, each with four members: father, mother, son, and daughter. The Kims are all savvy, intelligent, and hardworking;...

Some Heavens Are All Silence

Listen to my last breath      you’ll hear each breath I’ve drawn Since my voice changed and the sound got Deeper incline your head      pull down      a shroud from the heaven white Folks get peace      privacy from pull one down   To cover us...

When Jinx Rutledge returned to the cell that evening, he sported new state-issue glasses, pencil-point gray with lenses as wide and tall as a child’s fists. The cons called them toucher glasses or Chesters because they fit some image of a pedophile...

Ace Boggess
EssaysScenes From a Pandemic

The View from My Bed

1. Because the blue and gold pot on my windowsill is made of Prague glass, it seems to glow in the dark. There are four small windows in the bedroom where I am living now. Deep wells set into the low wall of an attic with a sloping ceiling. Each...