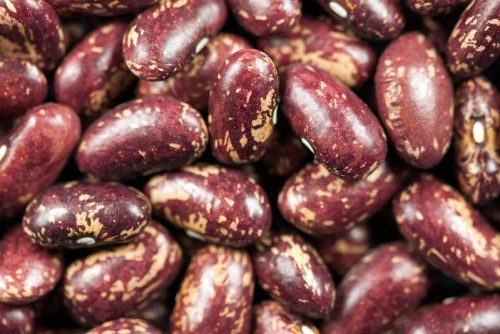 You stole my thunder, calling. I had been meaning to write. I guess we both felt the lack.

Not that anything’s happening. Most seismic events here have been interior. Outwardly: last night I made yellow-rice-and-black-bean salad. It was pretty, the black mound surrounded by turmeric-hued basmati. A lime-juice-cumin dressing. Tasted only OK, I thought. Nothing spectacular. Made a lot, though, which is good as C requires a lunch the next day. Plus there’s me at two AM. And again at four.

Sleep, it’s like the Inuit having all those words for snow. The endless boring variations on how much and what kind one gets. Practically none, and shallow, lately. All while next to me, each night, C saws down the equivalent of The Sequoia National Forest.

But the big news here, not that I’ve told anyone, was my rereading Pinget’s Passacaglia. It’s a short and, by Anglo-Saxon standards, fairly incomprehensible book, the dreamlike undifferentiated testimony of a small French town recounting the discovery of a body on a “dungheap,” interspersed with notes, marginalia the (possibly) dead man, the Master, made in a book shortly before he was found. If indeed it was his body and not that of the “idiot boy” he was saddled with whom he liked to masturbate in the tub…calling forth his deepest emotion; yet, “If that was love I could have done without it.” I can’t describe how far this made me feel from anything resembling today’s fiction. The refusal to be instantly accessible, the demand that the brain, almost as a muscle, work, and also the subject matter, the story, which is subtly slid in, almost unnoticed, and so galvanically unacceptable (I mean, you’d get arrested if you told that, admitted to such feelings, here and now) that I responded, corny as it sounds, with pity and wonder.

More prosaically, the only Covid silver lining I’ve come up with so far is cooking beans from scratch instead of buying canned. It makes the shop easier to lug home and, dammit, I’m boycotting Goya after their CEO pretty much gave Trump a blowjob for caging the children of their core demographic. The people who pay for his swimming pool and fancy house. It’s not that hard, if you’re around (who isn’t, these days?), they taste better, and there’s less garbage produced. I particularly like spicing them with a halved onion, studding each pearl-white hemisphere with cloves. Reminds me of making a pomander. Yes I am going insane.

Enraging David Brooks column about the future of the Republican party, how all these thoughtful branches are ready for post-Trump life if they could just jettison that pesky anti-Black, anti-Woman, anti-Mexican, anti-Queer sentiment. “But that’s what holds them together!” I feel like screaming, shaking him by his virtual lapels. “That’s how they get people elected. That’s who they are. It’s not some embarrassing tic, their hate. It’s what makes their eyes glow, their heart beat. It’s what makes them hard!”

Up to Hermes in my encyclopedia reading. He was the god of athletes, but only their grace, not their strength. For strength you had to appeal to Heracles. Polytheism makes sense. As much as any other religion.

Slogging through a seemingly endless (on Kindle you can’t really tell) biography of the novelist Beryl Bainbridge. It’s all because in her last, unfinished book, she describes a trip to the US in 1968 in which the heroine for no apparent reason goes to Corinth, New York, the rundown non-descript town nearest to our family’s old summer house. It’s based on notes she kept of a real journey. I want to know what the she was doing there. I keep imagining ten-year-old me, going with my mother to do the laundry (we didn’t have a machine) or to get the Sunday Times from the Newsroom (you had to reserve) and walking right by her, this gaunt, dark-haired, sexy (she was an actress, first), totally out-of-place chain-smoking Brit making her way up Main Street, which was just part of Route 9N. We passed each other. I’m sure of it.

No need to write back. We all have our favored forms of communication. Although you appear to be talking to me when you call (and I do enjoy our chats) this is more the real me. But when are you coming home? When are we resuming? Or has your center of gravity shifted permanently north? That’s what I’m afraid of, that things will never be the same.

Thomas Rayfiel is the author of eight novels, most recently Harms’ Way (Permanent Press.) More information about him can be found at thomasrayfiel.com
_____