FacebookTwitterEmailWhatsApp
FictionScenes From a Pandemic 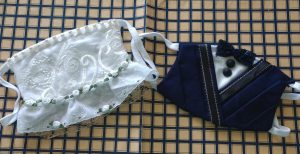 1.
The pizza delivery man calls me from the parking lot of my apartment, but I don’t know it because I’m watching the tracking app for the pizza preparation, and they haven’t gotten to the oven part yet.  I also don’t answer my phone for unknown numbers.

This call says “Theo Ricker” but it will be a robocall.  Except I do answer, and he is here on the ground floor, outside the building. I explain that I was watching the app which hadn’t cooked the pizza yet, and so I wasn’t ready for the delivery car, and he explains that he doesn’t think the buzzer works.

I want him to understand that I am not a dozer, so I tell him, “Oh yes, I said as much on the order form online,” …like I’m going to stand for him blaming me for the landlord’s broken buzzer.

I have already tipped generously, so there’s something wrong if he can see how much I tipped but not see my note about where to park and how to reach me. Maybe he doesn’t know I tipped already. He’s long gone and the pizza has been eaten and I’m still fretting so much about the delivery moment that I have forgotten all about the cinnamon swirl that came with the pizza.

2.
I’ve made a new friend online.  H. lives seven hours south and doesn’t drive, and then after our first few chats, he disappeared off the dating site.  Less than a day later, he showed back up, covered in guilt, to explain. He’d decided his heart was simply too broken and he didn’t want to date people after all, but wanted to be sure I knew it wasn’t me. A ghosting wouldn’t have surprised me—it’s just how online dating works when you’re 54 and know what you won’t stand for.

It’s becoming clear: I have too many platonic male friends. They dot my inbox like tasteful Hummels from the internet. Former boyfriend-now-neutral-man N., for instance, is one of those people who believes that all his own spiritual thinking is both wise and novel, as if no one but him has read Thich Nhat Hanh and The Upanishads, and no one but him knows that love is all there is. We talk on the phone sometimes. This day, while I listen to his investment in being a vessel for my hoped-for enlightenment, I’m counting the grooves the cat has made in the lower doorframe. It’s legitimate meditation, so I let him continue.

3.
I’ve been dating online for seven years, give or take two engagements.  Seven years. It means I don’t waste any time with the riffraff, am a little bit bitter, and have buried myself in my own shortcuts, rules, and codes about who is right and who is sure to be way, way wrong. The easy ones: straight please, and non-smokers only, and local within a 45-minute driving radius, parking spot to parking spot. I figure I want to be able to kiss after work.

When I tell a man “No thank you,” the only gracious response is “Okay—thanks, and be safe,” or some version of that, but most of the time they try to talk me out of it. They try to explain how Detroit to Toledo is “only a 35 minute drive” when any testosterone-balanced person knows that I-75 is frankly hellish every day and in all seasons, and I live south of Toledo and he no doubt lives west and north of Detroit. It’s an hour, and that’s a generous Google Maps estimate. More than once in a while, when I say, “I do not sense a match for us,” I get a “u SURE?”

The other suitable-mate criteria are sneakier to tease out: tRumpers get a swift and firm left-swipe disposal, though I’m grateful when they identify themselves, and pretty much any man who won’t claim his own politics is a No.

Lately, guys won’t say whether they are vaxxed or anti-vaxx, and the mask in the time of pandemic dating is a full-on matter of consent.  Are you breathing with other people?

4.
One man confessed to attending in-person church, but he was the drummer, so I figured he had to. (Surely he was masked-up?)  Plus he worked in shipping, so I figured, like a fool, that he was masked there, too.  Then he sent me pics of him and the guys on break, arms around each other, all faces naked. I felt like I’d been mooned. I hope you don’t mind that I’m not getting vaxxed, he texted the next day. I’ve already had The Covid, and I didn’t die, I’m not afraid. But I don’t mind if you get the shot, really, I don’t.

I thanked him for his generous stance, but sure wished he’d volunteered it sooner—in the same heartbeat as I wondered if they’d invent a morning-after pill for stupid exposures such as mine.  I scheduled a Covid-caution-test, quarantined myself, and resumed the online dating scroll.

5.
I rarely get to a good query, like When do you feel you’re most creative? But starting with What’s your daily life like? tells me whether he works third shift or lives with his mom. I’ve got a full time day job, a high schooler, my own aging mother down the road, and I don’t have time for commuting-dates, five am breakfast for me, supper for him, swing-shifts, or sneaking in through the garage door after the 11 o’clock news, trying not to bounce the headboard too loudly against the wall of his mother’s sleeping room.

I want a man who doesn’t get his favorite green beans and special gravy EVERY night.

6.
There is much to learn. If I have to ask What are your thoughts on the current administration? he hasn’t indicated his interest in left or right and doesn’t want to tell me outright. It’s already enough information, but I try to give a guy a chance. He’s going to tell me that he doesn’t like to talk about religion and politics; he likes to get to know a person, see if we’re compatible. I’m going to tell him we are not a match.

Which current events are most personal to you? If he says “the Amazon Union fight” or “those kids still in cages at the border,” I know we have some promise, but if the general essence is “keeping the libs from taking my guns,” or “I stand,” or anything about the economy, or “they gotta stop killing those unborn babies,” and “freakin’ snowflakes and their shelter-in place bullsh*t,” means we do not occupy the same round earth. Responses that include “those damn looters” and “blue lives matter” and “flippin’ Antifa,” or the dreaded “voter fraud” each tell me he doesn’t mind his own racism, among other things. Also, if he uses endearments or text-type before even asking my name, he’s gone: “How u doin beautiful” “Those lips” “I want 2 get 2 no u” “555-222-1212 text me.” Gone.

7.
My favorite but lost-in-the-basement-flood-of ’02 paint-by-number Jesus replica painting just arrived from eBay.  Collecting PBN Jesus is a spiritual discipline. And also, I just bought a Subaru, “the car for lesbians,” my daughter tells me after the fact. I look it up, get deep into Reddit posts and niche blogs, and articles on car advertisements of the ‘90s coinciding with Ellen coming out, and the boon that now comes from marketing to WomanLovingWoman demographics.

I don’t have a carabiner to clip on my beltloop, and my middle and youngest daughters have absconded with my favorite and only two flannel shirts, and my eldest just now told me that eyebrow slits are a signal, coding lesbian, teasing me that I could rock that look, Mom, and I’m suddenly getting a whole new tide of Facebook ads, Pinterest pics, and Tik Tok feed. I don’t even Tik Tok.  This is only funny because their dad is gay and married and everybody pretty much wonders who I will find, and when.

This is a certain kind of life. It’s quiet. With poems. Long baths. Coffee. Deep sleep. Cats. Butter. I love so much about living alone. Like the meme about the longed-for beloved says, “Your presence will need to feel better than my solitude.”

Cindy Bosley, native of Ottumwa, Iowa, is a poet, essayist, and quilt artist. Her recent and first collection is Quilt Life, (publ.: Bottom Dog Press) and she has a chapbook publication, The Siren Sonnets, (publ.: Finishing Line Press). Bosley’s poems appear in many literary journals, and she’s had two essays printed in a college composition textbook, The Composition of Everyday Life. Additionally, one of her quilts appears in the gallery photos section of One Block Wonders of The World (publ.: C&T Publishing). Cindy lives in Toledo, Ohio and shares space with her high-schooler and two cats. She holds a poetry MFA from the Iowa Writers’ Workshop, class of ’91.