“American Descent” began with images of Trump descending stairs: the elevator in Trump Plaza when he declared his candidacy (which didn’t end up in the final sequence); the bus steps when he was being recorded for Hollywood Access; stage steps after one of his rallies; and finally the mobile steps outside of Air Force One. I had Duchamp in mind too, and thought of Trump as embodying a kind of ultimate nakedness. The descent was initially infernal and encompassed all of America, but now that last image of him fading into nothingness might be prophetic of his leaving office. I was also working separately on a set of image-texts that explored his sexual scandals, and ended up combining the two sequences. Trump’s face is visible through the repeated figures of the women he denies having sex with, except for the first page, which references his relationship with Russia. 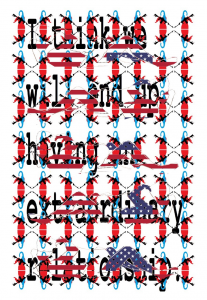 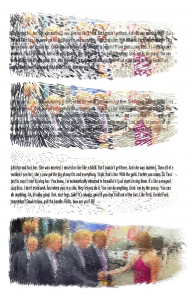 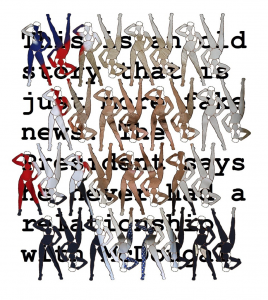 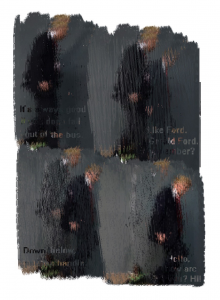 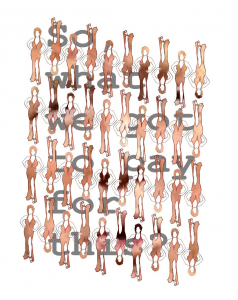 1. An Extraordinary Relationship
2. Hollywood Access
3. An Old Story
4. Down Below
5. Stormy
6. Air Force One