(an excerpt from To Those Bounded) 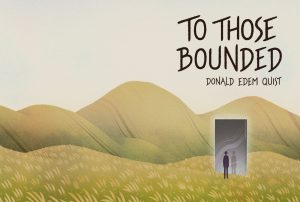 I’m sitting at a desk, alone in a classroom smaller than any other classroom in my middle school. Every half an hour a teacher or the school resource officer enters to make sure I’m doing the math work I need to complete so I’m not a child left behind. I’m in the eighth grade and I’m on the verge of staying in the eighth grade for another year. I’ve missed a lot of class because of suspensions, because I keep getting in fights with other students and verbal altercations with my teachers. Like how I called one of the media center librarians “a despicable bourgeois asshole” for belly-laughing when I asked if the school had a copy of The Communist Manifesto by Engels and Marx, and like the time I hooked my fingers behind the front teeth of a boy who stole my chocolate milk and dragged him several feet by his blood-drooling mouth. Out of school suspension hasn’t done much for correcting my bursts of anger. I’ve received so many weeks away that the Vice Principal thought to confine me to in-school suspension. So now I’m sitting in this mini classroom. I come to this room in the morning and don’t leave until the busses arrive at the end of the day. I’m escorted to the bathroom if I need to go, and lunch is brought to me from the cafeteria on a tray. I sit quietly, no talking, nothing to do but count the clicks of the wall clock and complete the assignments provided by my teachers. I’m doing the work. I don’t want to return to middle school next year. I want to go on to high school. Last week the Vice Principal told my mom and me that the school had reached out to county administrators and recommended me for expulsion from the school district. The Vice Principal used the word dangerous a lot. Part of me liked that, but another part didn’t. What made me dangerous? I never start it. Someone else always laughs at how I dress or look or act or smell. They call me an Oreo or say I’m trying to be white, and I get mad. The Vice Principal said my size makes a difference. I’m bigger than most every other student and large enough to intimidate some of the teachers. The last time my mom was called to the school to pick me up for fighting, mom refused. She said she was tired of it. It being me, I guess. My dad had to come get me. As he escorted me out of the front office, threatening under his breath to whip me with his belt as soon as he got me back to his apartment, we were stopped at the front entrance of the building by the Vice Principal. She spoke to my father like she was a family friend or an auntie. She said she didn’t mean to assume but my behavior suggested I probably could use more discipline at home. My dad’s brow furrowed and his eyes turned to lasers he might have wished to shoot through her. She said, “Our children need to act better, Mr. Quist. They can’t just behave the same way some of these other students do. You understand?” My dad said he did understand, and we shuffled quietly to his taxi to head to his place and wait until my mom could pick me up after work. At his apartment, I braced myself for blows from his heavy palms and raps from his knuckles and belt buckle. But they never came. He sat with me in the living room for a bit. He studied me while I chewed the skin around my fingernails and tried to avoid eye contact. He asked, “Why do you keep getting into trouble?” I said, “I don’t know. I just feel angry all the time.” He nodded like he understood. “It’s hard to be good all the time,” he said. Sitting here in in-school suspension, I’m thinking about that. I’m thinking about the Vice Principal’s words and how my dangerousness means I have to miss out on the end-of-the-year school trip to Adventure World amusement park. I’m trying to force myself to focus on quadratic equations and graphing functions but the slopes and rises just remind me of the rollercoasters all the other eighth graders are riding elsewhere. I flip my calculator upside-down and I try to make words: 58008, BOOBS, 7734, hELL, and 35007, LOOSE. I try for the longest word I can with the keypad—55,373,604, it looks like hOPELESS. I scan the room and every empty desk around me. I lean back in my own seat and my glance slides up to the ceiling, and then eventually back down to the math paper in front of me. I’ve struggled with Algebra and Geometry. I strain to understand why I would ever need to solve for X, or how that hidden value could have a single answer. My math teacher had recently talked about these things called bounded functions. How, when put on a graph, these functions have limits that prevent them from going too far one way or another. But I don’t understand. I asked my teacher who sets the limits. The teacher said it depends. On what? The needs of the desired functions. I’m stuck in a giant 3D graph that fills the room. On the graph a dark coaster car bounces between parallel dotted lines that never intersect. There is no rest. I get dizzy from the darting between limits, up and down, up and down, forever.

Donald Quist is author of two essay collections, Harbors, a Foreword INDIES Bronze Winner and International Book Awards Finalist, and TO THOSE BOUNDED (forthcoming). He has a linked story collection, For Other Ghosts. His writing has appeared in AGNI, North American Review, Michigan Quarterly Review, The Rumpus, and was Notable in Best American Essays 2018. He is creator of the online nonfiction series PAST TEN. Donald has received fellowships from Sundress Academy for the Arts, Kimbilio Fiction, and served as a Gus T. Ridgel fellow for the English PhD program at University of Missouri. He is Director of the MFA in Writing at Vermont College of Fine Arts.