(Favor) in His Sight 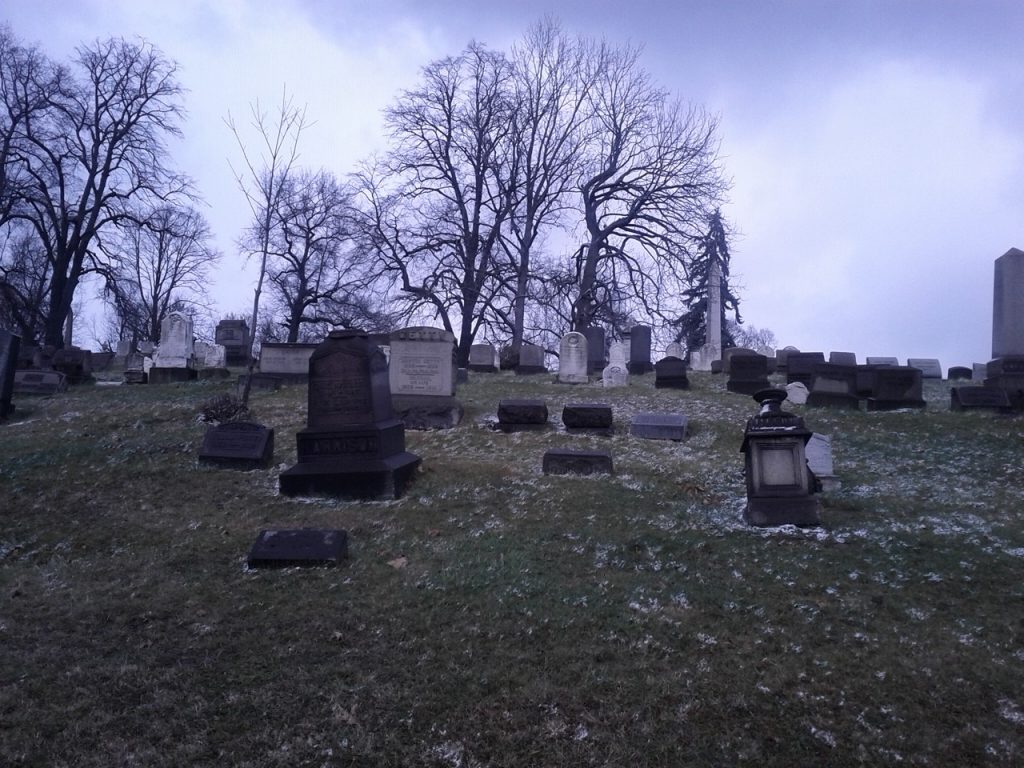 Before I moved to Pittsburgh seven years ago a friend sent me a recording of a comic Yiddish patter song from the 1920s or ’30s. It was like one of Gilbert and Sullivan’s rapid-fire recitatives, only in Yiddish. I don’t speak Yiddish, so most of it was incomprehensible, but every verse featured a reference to Pittsburgh, or ‘Pittsboig.’ The sound was halfway between ‘beg’ and ‘boig.’ I got the gist: Pittsburgh was a Jewish town, a place a landsman could come to do business (or, who knew, work in a steel mill!) and raise a family, and live in peace. When I moved here, my first apartment was in Squirrel Hill, a neighborhood as Jewish as the one on the Upper West Side of Manhattan where I grew up. Even the view of Homewood cemetery out my living room window reminded me of Riverside Park, the same rough, humped green hills with footpaths twining among them. Except the neighborhood was also like Crown Heights, with multitudinous Orthodox families promenading up Murray Avenue on Shabbos, the men in wide-brimmed hats, the women in knotted tichels. You even saw Satmar Hasidim, their headgear like furry cakes Meret Oppenheim might’ve baked to go with the tea cup and the saucer.

I wasn’t sure how I felt about living among all those religious Jews, about being stopped outside the Giant Eagle and asked if I was Jewish so I could be shown how to tourniquet my arm with phylacteries. The proprietary tone of the exchanges bothered me, and also the reproach. A Jewish man doesn’t know how to tie tefillin?  As a child I bristled at the looks the bubbes gave me if they saw me walking along Broadway eating a pork eggroll from William’s BBQ. Some of them were probably friends of my grandfather’s and would get word back to him. Shame makes some people meek; others it makes sullen. But Squirrel Hill wasn’t just Jewish. On the same streets you saw Asian families as big and well-behaved as the Orthodox ones (never in my life have I lived among so many quiet children), and Forbes Avenue was lined with Chinese and Thai restaurants. The presence of multiple populations living together without evident tension reminded me of my childhood in the West Eighties, where instead of Jews and Asians it was Jews and Borinqueños: it soothed me. If I’m being high-minded, the coexistence of those different populations, drawn from opposite ends of the earth, embodies my ideal of America, which is not a melting pot but a hot pot whose ingredients perfume each other while remaining distinct. A good tzimmes is like that too, its carrots always recognizable as carrots and not prunes. And maybe on some regressive level I felt that having so many non-Jews around made my spotty, defective Jewishness less glaring. Who notices a kid eating an eggroll on the street if a dozen other kids are eating them too, or if not eggrolls, bao?

I wish I could write about Jews (or Asians) without bringing in food. It’s such an ingratiating move. As if you could turn away hatred with a tasty offering: tzimmes or hot pot, kugel or bao, kim chi, biryani, samosas, falafel, tacos al pastor. In the Old Testament, God is propitiated by the fragrance of burning flesh. Olah, the Hebrew for the burnt offering, is translated as ‘holocaust,’ indicating that the sacrificed animal was entirely consumed. This is why Primo Levi refused to use the word for the Nazis’ campaign to exterminate the Jews. What the Nazis did had nothing sacred about it, even if the Reverend John Hagee, an evangelical minister who was a religious advisor to the 2008 McCain campaign, said that God used the Shoah to bring about the founding of the state of Israel, which among other things would mean Hitler was divinely inspired.

Propitiation is what the powerless have to do to gain the mercy of the powerful. In the Torah, Esther charms King Ahasuerus into sparing her and her fellow Jews. “She found favor in his sight.” Donald Trump’s first response to the killings at the Tree of Life synagogue was to have his Press Secretary proclaim his love for Jewish Americans. (The word she used was “adores.” Love is what he feels for “Hispanics,” as per the 2016 tweet that accompanied a photograph of the then-candidate tucking into a taco bowl.) But whom the President loves should be irrelevant. So should whom he hates. The United States is a nation of rights, which are impersonal and unconditional and granted not by an individual but by a constitution. They belong to every citizen, and, even sometimes to non-citizens. They are binding regardless of your race or gender or religion or language, regardless of how your body is made, regardless of whom you love. Regardless of who loves you.

This is discomfiting for those who want power to be embodied in a person, specifically in a white, professedly Christian male. It’s as if rights were emanations from a distant, invisible planet, broadcast to the worthy and the unworthy alike. Making the unworthy equal to the worthy, maybe even superior to them. Hence the upsurge of rage every time the courts assert the rights of the undeserving: the right not to incriminate oneself, for instance, or the right to control one’s body or the right to vote. After the Obergefell ruling that confirmed gay people’s right to marry, a conservative legal scholar compared it to the 1857 Dred Scott decision, which denied African-Americans the right to citizenship. The assertion of one group’s rights were the “infringement” of another’s. In the years since, attempts to overturn Obergefell—or carve out states of exception to it—have been couched in the language of religious liberty. When someone speaks of religious liberty, he usually means the right to discriminate.

Among the many ways in which 45 has damaged this nation—always abetted by his party, his donors, and his base—is to cast rights into dispute, not just specific rights but the idea of them. Just days after Tree of Life, he announced his intention to put an end to birthright citizenship, a right stipulated by the Fourteenth Amendment. And, since his inauguration, his administration has mounted a shifting assault, all sorties and skirmishes, on the rights of marginalized people, starting with undocumented immigrants but including legal ones, Black voters, transgender people, gays and lesbians, and women. He has created a climate of free-floating menace in which one group after another finds itself under threat. Sometimes the threats are enacted in some jaw-dropping new policy. Sometimes they pass, as if by osmosis or spooky action at a distance, from the President to certain of his supporters, who act on them while the President disclaims responsibility. Sometimes, a threat is averted because the group or person against whom the President made it has subsequently found favor in his sight.

When news reached me about the murders at Tree of Life, my first thought—I mean a thought as opposed to the body’s blind dispatches of sickness, rage and fear—was how glad I was that my father hadn’t lived to see this thing. He came to the U. S. in 1940, having escaped Nazi-occupied Vienna and then a soon-to-be-occupied Paris. His mother died in a freight car carrying Jews to Auschwitz. Some years ago I got a copy of the document that confirms her death. It’s a kind of bill-of-lading stating that the shipment received contains an irreparably damaged item. My father correctly saw the United States as the land of refuge, and to the end of his life was grateful to it. And while he wasn’t politically conservative—if anything, he was a classic New Deal liberal—he was upset to see me protesting the Vietnam war as a teenager and to hear me denounce America as fascist. Once he slapped me when I said it. I don’t remember if I cried. Thinking back, I’m pretty sure he did. His blue eyes shone. At that age, his patriotism seemed to me propitiatory, a performance meant to appease the State and its minions. At that age, I guess I would have called them, collectively, The Man. It’s not that I thought his patriotism was false—very little about my father was. I only thought it fearful.

Maybe the discomfort I felt among religious Jews in Squirrel Hill was because they were too obviously Jewish; they couldn’t be mistaken for anything else—they wouldn’t want to be. In their worship, they may have propitiated God, but it wouldn’t have occurred to them to appease any gentile who might take offense at their otherness. That hasn’t always been true of me, who on different occasions has been mistaken for other things— Italian or Spanish, mostly— and wasn’t always in a hurry to correct it. I remember how I responded one time when a man outside the Giant Eagle, bearded, maybe with payot, wanted to show me how to put on tefillin. He asked me if I was Jewish. 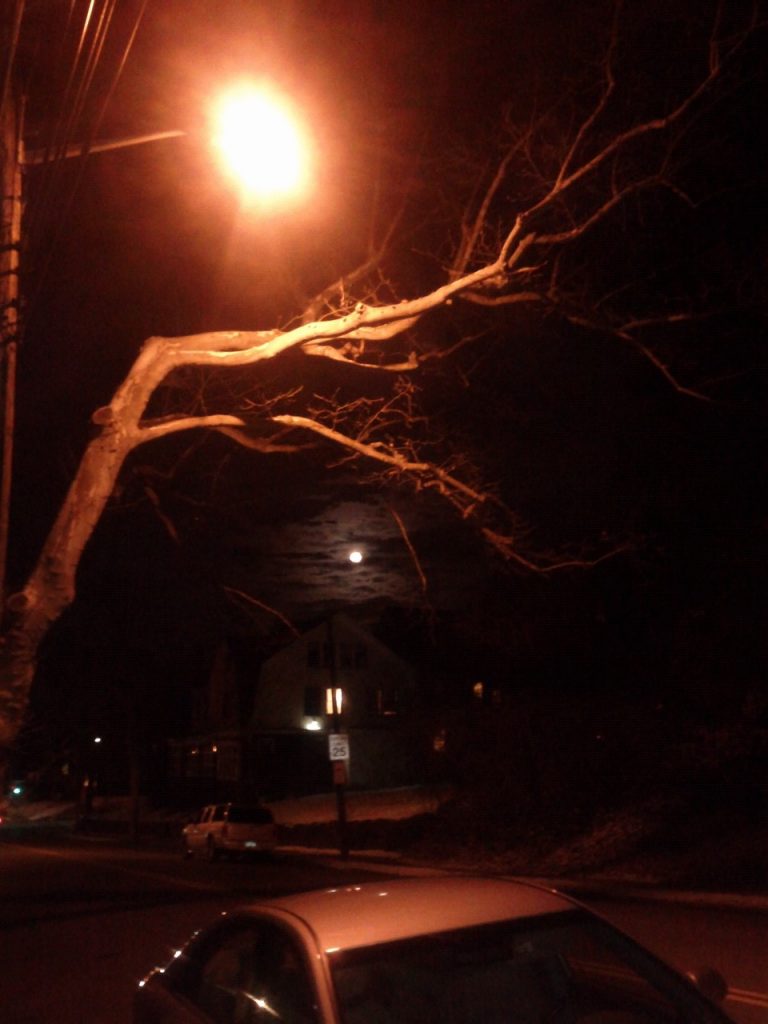