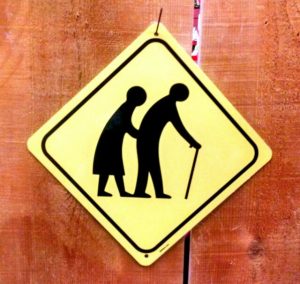 Right before Christmas, I developed a persistent cough. In due course, I went to Urgent Care.  Upon examination, I was diagnosed with pneumonia. An ambulance (with an accompanying fire truck) was quickly dispatched to take me to the ER. I spent the Christmas week in the hospital on oxygen.I’m 81 years old and have a compromised immune system—Antiphospholipid Syndrome. It’s a rare disorder—fewer than 200,000 cases in the U.S. per year—in which the immune system mistakenly attacks normal proteins in the blood. It can cause blood clots, and so it’s imperative that I take a blood thinner. And wear a bracelet warning people of my condition.

Although I never smoked, I also have COPD (Chronic Obstructive Pulmonary Disease). Perhaps this is attributable to my growing up in the San Gabriel Valley in the 1950s. Every morning, back then, the front pages of the Los Angeles Times would have a small box indicating whether that day we would have “smog green,” “smog yellow,” or “smog red.” Quite often, 3:00 p.m. P.E. class had to be cancelled; we weren’t supposed to breathe excessively.

Last spring, I made a trip up to June Lake, California, at an altitude of 7,654 feet.  By the third night, I found myself gasping for air so badly I had to be taken to the ER in Mammoth. They immediately put me on oxygen for the next two hours, discharging me with the laconic admonishment: “You best go back down the hill.”

My health was precarious enough before COVID-19 hit. I’m the person they tell to Stay home! Even though Trump seems to feel that sacrificing the elderly is a scant price to pay for a robust economy: “We’re going to be opening our country up for business, because our country was meant to be open.”

On Fox News recently, Texas Republican Lt. Gov. Dan Patrick asked seniors if they would be “willing to take a chance on your survival in exchange for keeping the America that America loves for its children and grandchildren.” Well, uh, no. I’m opting to stay home.

I live in Santa Monica, California, with my husband Ted, so I’m not alone.  We’ve been married for six years and partners for thirty-nine. Ted’s younger than I am, so in theory he’s not at the same level of risk, but he wants to take precautions for my sake. So we’re having all of our groceries delivered, even though what’s available on a given day can be capricious. No chicken available? No rice? No nuts? No soy milk?

I haven’t been in another building since March 11th. I take long walks, including on the boardwalk down by the beach. The neighborhood streets are oddly serene.  Almost no cars, only people walking their dogs. But now they aren’t on their cell phones; they’re actually spending quality time with their dogs.

At the beach, they’ve taken down the rings and slack lines and other gymnastic equipment. Virtually no one is there listening to the waves except for joggers and the homeless.

I try to stay optimistic—there are always books and Netflix. But I can’t help wondering: Just how long will this lockdown last? How long will I last? Life for me is already uncertain now that I’m in my 80s. In newspaper articles, I’ll read about a person in the public eye who’s in his 80s, and I’ll think: “Is he still alive?  He must be decrepit!”  In my mind’s eye I’m still 21, traveling off to Berlin for a Fulbright year of study.

Now I’d settle for being able to travel to Rite-Aid.