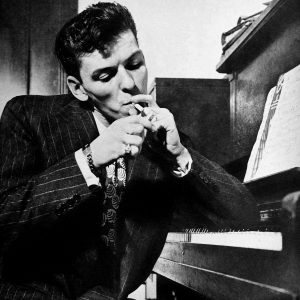 This late-January snapshot of my mom’s life, while once disturbing to me, has now become an image to savor. Back in normal, pre-COVID times, seniors gathered in the common space to sing songs, watch baking demonstrations and play word games. My mom freely roamed the halls, wandering in and out of rooms, pilfering through neighbor’s drawers and scoring new outfits along the way. She spent hours in the lobby, petting the resident dog, Riley. Now she and the other residents are quarantined in separate rooms, eating meals alone and dwindling further inside themselves.

It’s been more than three months since I watched her face light up to the opening chords of “New York, New York.” The days tick by. FaceTime is more frustration than relief. And with little sign of this pandemic lifting, all I can think is, What kind of mother will I find after all this is over?

I never thought I’d embrace the silver lining of an incurable, degenerative disease, but Alzheimer’s has been strangely kind to my relationship with my mom. Growing up, I was scared of her harsh tone and punishing silence, but over the last few years, along with the once-coiffed hair and tailored tops, her prickly edges have smoothed out. Her steely voice is now so soft you have to lean in to hear. After a lifetime of cottage cheese and canned pineapples, she now eats ice cream every single day. No doubt she’d be appalled with this new version of herself, but strangely the baggy clothes and wanting eyes soften her, make her someone I wished I’d known all along.

Before she got sick, we’d never sat in peaceful silence. Not that ours had been a yelling relationship—it was more of a long simmering anguish. A longing that neither of us knew how to fix. But in the last year or so, our ritual now looks more like one of an old, comfortable couple’s: the two of us side by side on the couch, me rubbing lotion into her hands and her, mesmerized by the puppy videos just beyond my shoulder. Often I arrive armed with a giant Hershey bar, the kind she used to buy and secretly eat in the front seat of the car. I break off pieces and hold them to her lips, wanting the taste to stir something deep inside her.

Weeks after COVID swept through the facility, they offered a visiting alternative: FaceTime. An aide could set up a 15-minute call, which sounded easy enough, yet I couldn’t bear the thought of Mom’s pixelated face filling my screen, wearing someone else’s sweater and that same vacant look in her eyes. It was hard enough witnessing her slow deterioration in person. Each visit was further proof of her fading mind and the sober fact that no, she did not know who her daughter was. So, instead of FaceTime, I checked in weekly with the caregivers and her doctor. In the end, COVID handed me a free pass; I was spared of the grim weekly reminder.

During my last visit before the virus hit, I pulled out my phone and pointed to a picture of me and asked if she knew the name of that person.
“Her?” she said, tapping the face I’d enlarged, making it quickly disappear.
I clicked it again and my image filled the screen.
“Oh her,” she said with a knowing glance.
“Who is she?” I focused on her thin lips, willing them to form the letters of my name.
Her hazel eyes took me in and let me go. “My mother,” she said, and laughed.

Twice now, aides have sent pictures of my mom. Both times she’s sitting on her blue and white striped bedroom chair, a wisp of her former self, holding a framed family photo, which I’m pretty sure the aide placed in her hands right before the camera clicked. In return, I send back shots of my daughters, my husband and our new dog, knowing that while our names might be a blur, our puppy could be the thing to bring us into focus. And if not his sweet brown eyes, then maybe a glimmer from my own face that—even if for a fleeting second—might help her remember.

Jamie Holland’s stories have appeared in Antietam Review; Brain, Child; District Lines; Electric Grace: Still More Fiction by Washington Area Women; Gargoyle, Grown and Flown and others. Her novel, The Lies We Tell, can be found on Amazon. She lives in Washington, D.C. with her family, plus a puppy and a kitten. Her mom survived COVID with barely a fight.