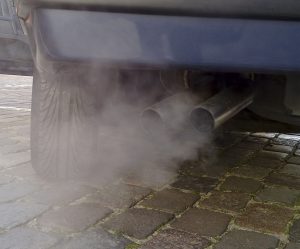 I am listening to talk radio as I drive home to visit my mother
Who has Alzheimer’s and is in a diabetic coma.
A hot day in late June, orange barrels dividing
The bumpy lane I am driving on from the smooth black one
Where the workers are moving back and forth on pavement rollers.
One of the drivers wears earphones,
He is smiling and nodding.
Perhaps he is listening to the same station,
Which makes me rigid with anger because I am a Democrat
And from Tuscaloosa to Bessemer they have been discussing the issue
Of Obama’s being born in Africa and not America,
And just after I’ve turned north in Birmingham
A man calls from South Carolina to say he remembers seeing
An early edition of Obama’s first book, Dreams from My Father,
And it was printed right there, plain as daylight
On the back cover, “Born in Kenya,”
Though you can’t find those copies anymore.
Those copies have all been destroyed.
And as I’m passing through Fultondale
Another listener pipes in from North Dakota
To say he saw that cover too, and why doesn’t some reporter
From The New York Times or Washington Post report on that
Instead of writing lies about Trump,
And this is where my car blows up.
Or to be more precise, the engine seizes,
Nothing when I press the gas pedal
So all I can do is pull off to the side, step out,
Go around, lift the hood, and sniff for chemicals
That might signal oil pump or relay switch
Instead of thrown rod or cracked block,
But all the time wondering Is it possible
For rage, and I mean a really substantial moral rage,
To pass from a man’s fingers into a Japanese car
As the demons in the holy scripture passed into the swine.
Though, of course, cars, even American cars, do not have souls.
My car, which is eleven years old, has overheated.
And now, as is my practice when upset, I impose a curfew
On any ideas that do not directly relate to now.
Also, I attempt to name the elements in the periodic table,
And, as I wait for the wrecker, I look down the right-of-way
To the parking lot of a Nazarene Church. A man in a yellow cap
Is selling watermelons out of the bed of a yellow truck,
And, though it is a hot day, from time to time a customer stops
To thump one then another until he finds the right one.
But then I am being loaded and taken back
On the bumpy lane by the orange barrels toward Birmingham—
The driver of the wrecker is named Aubrey.
He has a sixty acre farm and an Allis-Chalmers tractor,
He talks of bass-fishing in the Sipsey Bottoms,
And it is a delight not to hear the one name repeating,
But the man who owns the garage edifies me
Re: Martin Luther King’s marchers breaking windows
And defecating on the front porches of white people.
At noon, the garage is like a country store. Here
Are the deputy sheriff and his red-headed cousin Tim.
Here the owner’s son, John, who was educated as an attorney
And played minor league baseball with Colby Rasmus
Before returning to the family business to serve as manager—
For him I have some hope. As he phones
Distributors to price clutches and wheel bearings,
He is polite, deferential, and well-spoken.
But in the background, I can hear the radio,
One name repeating along with Soros, Barry Soetoro,
And the notorious criminal family, the Clintons,
Before the owner says, “you’ll need a remanufactured engine,
And adds, “Just wait, you’ll see, he’ll be elected.”
Because I was taught to weigh the opinions of the other side,
I listen as I have listened to talk radio
And thought, “Someday you will laugh at this,”
But the day is sore as I walk to the car rental
And I am sick of being a white man.