The Day the Dead King Spoke the Bomb 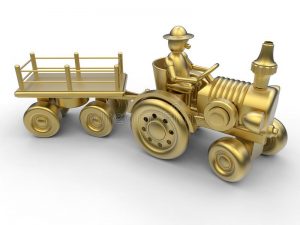 The day the dead king spoke the bomb

Into the ear of the man who counts the fuses

The man who flattens the graves chose his

Favorite tractor from a row

Of tractors nobody but him     could tell apart

The one he knew because

It waited always at the farthest left

Of the row, the man who didn’t know

For years his sons had repositioned all

The tractors every night, between

ing will obtain     until a judge

Invalidates their claims to his estate

He dragged the flattener across the graves

The shallow grave of the baker caught

(His head) between the spokes of the wheel

Of the carriage of the king, the baker bowing

He flattened carefully as the gilt lawn of the tomb

Of the king, which, every morning

After he flattened it, the man would spray

From the tires of the tractor glittered on

The neighboring graves, in which the dead had rolled

To face away from the tomb, and covered

Their withered ears, the day the king was buried

Who shouted for a phone     into his panic phone

Who shouted Can you hear me

Into the Earth itself, face down and rigid as

A soldier at inspection

Arms at his sides, his eyes shut tight, who

Shouted I won’t be killed by an election

Who shouted till the desk of the man

Who counts the fuses shook     as it had never shaken

Before. He set aside his book

He thought his instruments were broken

He searched the desk,     but he found only fuses

He couldn’t say for sure were     not attached to bombs

He pressed his ear to the desk

And heard the shouting from the tomb

But soon he pressed his ear to the desk again

He thought the shouting was the fuses shouting

With the voice of the dead king.     The man

Who counts the fuses listened to

Their furious noise, then raised his head

Slowly and made a note on the calendar

Beneath the plastic on his desk, The dead

Now speak with the voice of the dead, the fuses

With the voice of the king. Could this technology

Explore,     and the man starred the day

Check out the other poems in our “…knave, beggar, coward…” Goodbye! series!