There’s a line in the film Casablanca where the character Lisa says, “It’s a crazy world, anything can happen.” This is true of course for many reasons but most recently because Donald Trump was elected president. I was thinking of that scene from the film and remembering the pained faces on the women marching and how I had seen those faces before, in Guernica.

The charcoal portrait, “Worried Women,” and the “Mortal America” piece are akin to plein-air paintings, one-shot sketches done in a little frenzy. I sometimes call them “walk-on’s” in the studio because after completion, I often toss artwork on the floor and see if it survives the damage a week or two later. It seems appropriate to test them; all progress develops a thick skin.

“Memento Mori” has a thick skin of multiple layers and was constructed over many months and endless revisions. After the excitement of working quickly, I like to slow it down to take some time and carve out a picture with a bit more balance. It occurs to me now the construction of these works is analogous to the news cycle, some reactionary and current, others taking a long view, looking at the end result, regardless of the strutting and fretting. 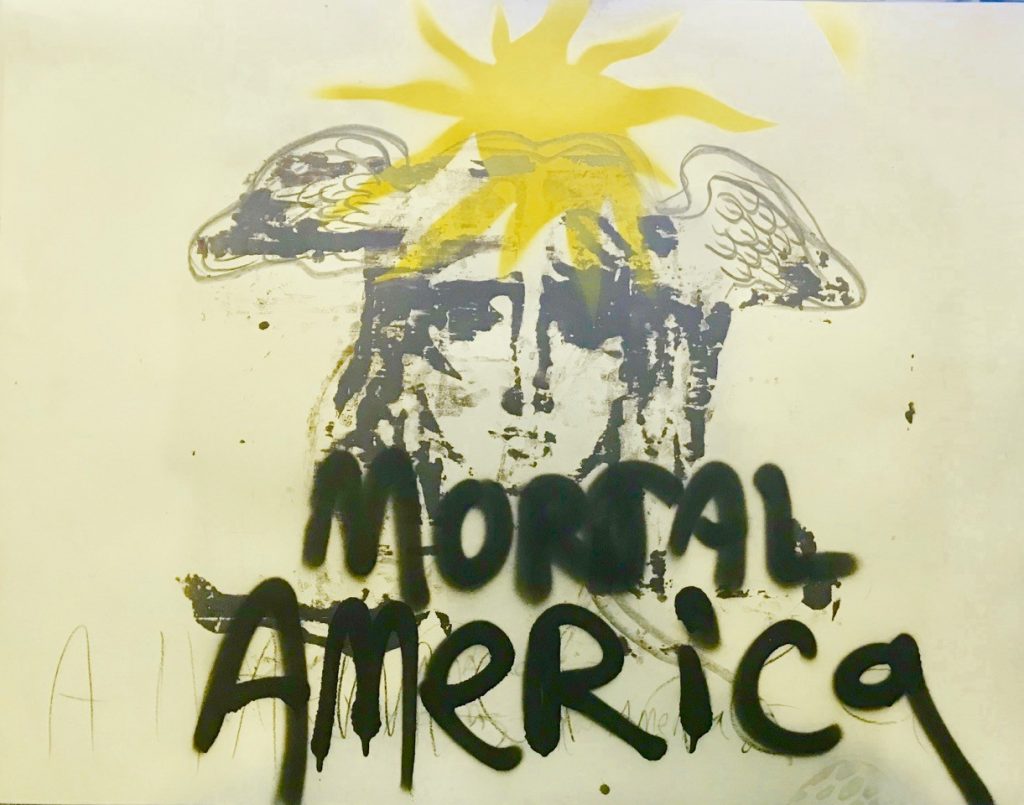 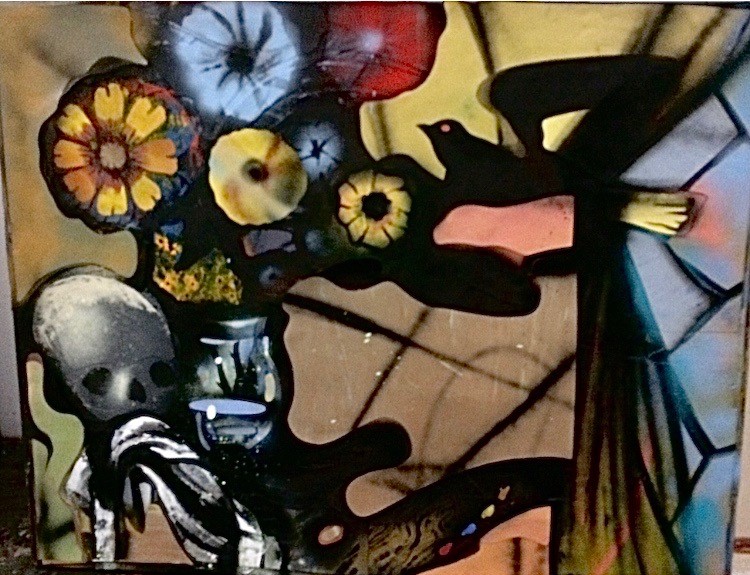 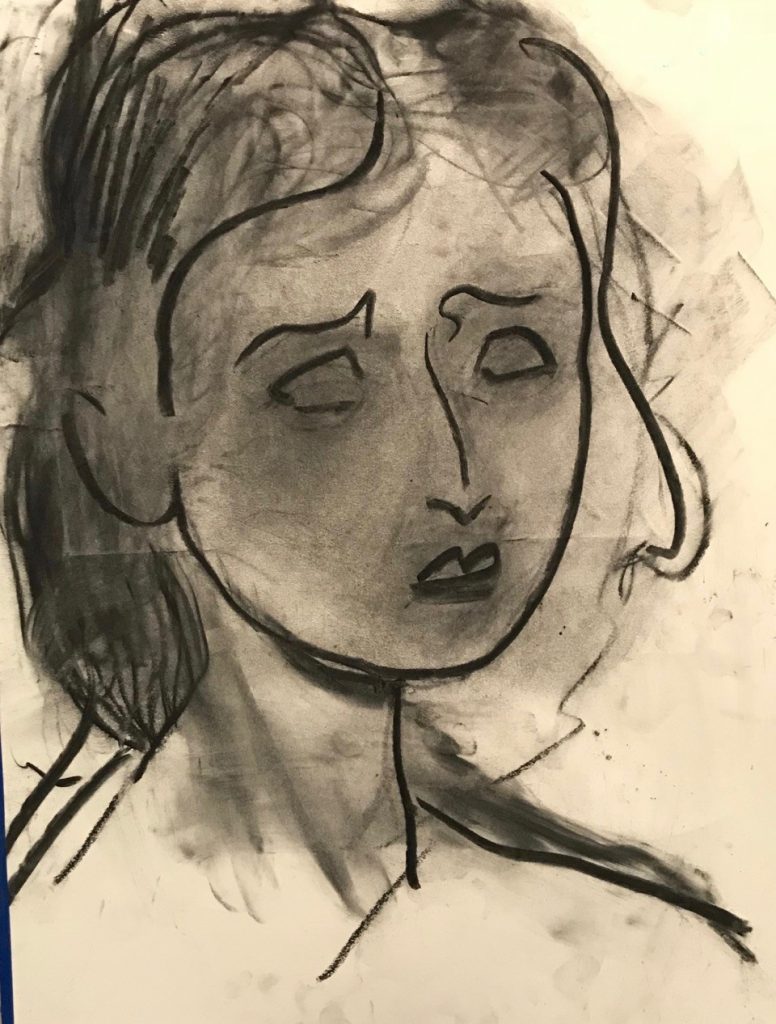