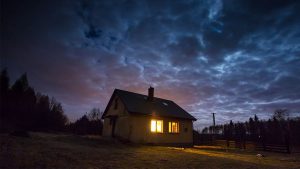 Though none of you share my political convictions I will allow you a small amount of joy.
My window is lit in solidarity with any other window that chooses to be awake this midnight.
There is no other lit window that I can tell but then my vision cannot see over the next rise.
Along the hiking trail some of you taunted me with the old it’s right over the next rise thing.
You sat on your stool, middle of the trail, for you have known your whole life where it ends.
Up at the lake the trees conspired to bring oxygen to us, though they knew it spelt possible doom.
Smoke-colored fir lay in a puzzle of uprooted-ness and one grew around the wound of the other.
In the parade were Harleys, a flag honor guard, someone running for mayor, an ATV, a dog.
Went two blocks and then doubled back, though the dog could have gone a few more rounds
And we uncovered our heads though to my foreign people the opposite is a sign of respect.
That night, on my knees, praying for education, I looked up and saw another window lit.
My family disapproves of my hokey romance of the small town, finds it a load of crap.
So it may have been mere accident, the drug-addled, a nursing mother, a trick, or a most northern star.