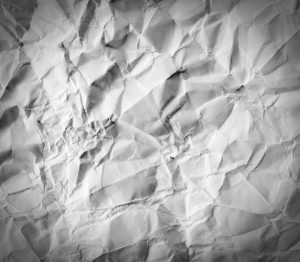 No child wanted to be sent to The Shredder. It hid in a concrete, windowless structure several blocks from the car towing company, the chicken factory farms, and the E-waste recycling centers. That was where the unwanted kids went: the kids who conspired with each other on homework assignments, who smoked cigarettes behind the school building or football field and stamped ash into grass turf.

The girl was confident that she was different from those children. Her teacher had told her to board the van simply because her parents neglected to pick her up from school, and the other staff had families to return to, errands to run–certainly no time to care for a child during their unpaid off-hours. The rest of the children in the vehicle, dressed in old, washed-out T-shirts and pants too short to cover their ankles, sat with their knees tucked to their chests, heads down like puppets whose stage time had expired. She patted the skirt of her dress, the one with the big green ribbon around her waist and a puffy skirt layered with tulle and silk, her legs folded underneath her thighs; they were beginning to lose feeling. She placed her hands on her lap, hiding the whites of her knuckles and digging her nails into her palms, and straightened her back. Hopefully she’d be able to stand soon; she wasn’t sure how much longer she could sit on her knees.

The moving came to a stop. Where do I go? the girl asked the man guiding them out of the van. It was as though the adult had been cut from one of those people-accordion chains made from construction paper and pinned to the school bulletin boards. He looked so flimsy that she thought she could fold his hand around hers like a cuff, so featureless she wondered if she could sketch in eyes and hollow out his cheeks with graphite to project an illusion of depth. The adult slid between her and another child, making his way to the front. Perhaps he’d show her where to go later, she thought.

The kids fell in line behind the man as they entered the building, a fortress of grey industrial slabs that matched the sky. No one spoke; no one lifted their heads to take in their surroundings. The girl secretly wondered if they, too, had somehow become paper dolls. The concrete floor felt like ice against her bare feet. She recalled a time when she slid on a frozen lake in rubber sole sneakers, and the ice transformed her balancing act into a survival strategy: for every small shuffle forward, she paused to let her quaking body still, her arms tense with a fatalistic vigilance, ready to catch her fall.

They stopped walking, the silence broken by the vibrations of gears grinding and a gentle shredding that produced flakes flurrying down into a bin like snow. The girl saw a monster. A monster comprised of a conveyor belt winding from where they stood towards what appeared to be a shredder the size of a suburban house: there was a thin slit at the center of the mammoth box structure, the surface surrounding the slit angled downward so that contents would easily fall in. The belt moved at a pace that was constant and gradual, as though slowly introducing the sting would minimize fallout. It carried the children, some sitting with their heads in their knees and some lying on their sides in a fetal position, to the edge, where they dropped into the narrow opening of the shredder.

We will be crushing you into pieces now, the man said. How he said it without a discernible mouth, she wasn’t sure, but she heard the voice and watched as everyone filed onto the belt. What about me? the girl asked, refusing to follow. She tapped the man’s arm, afraid he couldn’t hear her or see her.

The man spoke. Name. She couldn’t hear him say her name. Age. She couldn’t hear him say her age. Family: no siblings, parents ejected into the Unwanted. Occupation: forgotten elementary student. Expense assessment: high. Action: shred. Rationale: long-term investment has slim potential for success and high cost; short-term shredding will yield passable functionality at low cost. He ushered her to follow the rest of the children.

When the belt deposited the girl into the shredder, she felt no pain, the air resistance cushioning her like she had the surface area of paper. How nice it is not to worry about concerned parents, she thought. And maybe she did become paper, sometime between forgetting to sit with a straight back and realizing that she’d rather not stand out in her ribbon-accentuated dress. The gears grated against one another to power the edged metal blocks staggered front and back, and when her body touched the cutting head, the teeth began to rotate and pull her into their jaws. She emerged from the bin in fragments, scattered among the other children. They were then disintegrated further to pulp, spun and folded together into a string of people, and each individually severed from the chain by shears before they were returned to the world as adults.