Parasite and Capitalism: A Romance? 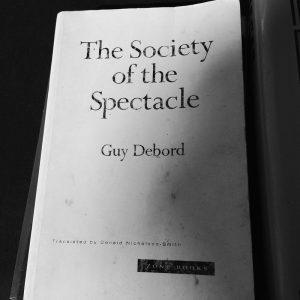 Bong Jung-Ho’s award-winning film Parasite centers around two families, the Kims and the Parks, each with four members: father, mother, son, and daughter. The Kims are all savvy, intelligent, and hardworking; their characters are deep and multidimensional. They live in a shitty semi-basement apartment and work temp jobs barely making ends meet. The rich Park family, in contrast, lives in a gorgeous modern home in an affluent neighborhood. But each member of the Park family is a one-dimensional stereotype: the father is a rich snob, the mother is a simple-minded socialite, the son is wild, and the daughter is boy-crazy. As the story progresses, the Kim family infiltrates the Park family by pretending to be service workers. Ultimately, the Kim patriarch kills the Park patriarch and then gets trapped in a hidden basement in the Parks’ home.

Many articles have been written about Parasite’s critique of capitalism, and the director has openly stated in several interviews that this was the movie’s intent. But after watching the film, I had the opposite experience: the movie Parasite is a subtle argument for capitalism, in my opinion; the inequality depicted in the movie has been effectively “commoditized” to be consumed by viewers without requiring them to address the underlying suffering.

In the movie, the Parks are perfectly happy with their successful capitalist lifestyle. They are insulated from life’s hardships. But the Kims are the opposite. They are unhappy with their situation and wish to become the Parks. The Parks’ home is the focal point of this desire, and the Kims seek to possess it through illicit means, which in a way they briefly do, but at great cost. This narrative fits squarely within the context of Rene Girard’s mimetic theory of desire.

Girard was a historian and literary critic who developed a novel theory of desire, influential in left-leaning academic circles, that is based on characters in literary fiction. Girard saw desire for an object as stemming not from the intrinsic properties of that object, but from its relationship to other people. The desire for external objects is a misplaced desire “to be” the other people who desire those same objects. So in the movie Parasite, the entrepreneurial Kims desire to be the Parks (who represent society’s ideal of success), and that desire is manifested in their struggle to possess the Parks’ home. As a viewer, I also felt caught up in this mimetic flow of desire. The movie seemed to be asking me a question: What can a person do to achieve the Parks’ success and happiness?

At the end of the film, Kevin, the college-aged son in the Kim family, explicitly answers this question. In a voice-over monologue, he determines that the only way out of the Kim family’s predicament is for him to make a lot of money and purchase the home his father is trapped in. Making money in the capitalist system is the only real way to achieve success.

This is a variation on what actually happened to the director Bong Jung-ho, whose personal life inspired some of the plot. Bong was raised in a working-class family in South Korea. He took a tutoring job with an affluent family by pretending to be someone he wasn’t, just like in the movie. But in real life, Bong used that experience of inequality as motivation to work hard, and now he’s rich and famous – just as capitalism promises.

Parasite ends on a snowy night with Kevin sitting in the Kims’ semi-basement apartment reading a letter he wrote to his father. The letter ends with “so long” (in English subtitles), and then the screen fades to black. The viewer is left with the distinct impression that Kevin will be unable to achieve his plan of making enough money to free his father. So how should viewers interpret this? Does Parasite really prompt society to confront the gross inequalities capitalism produces? Or is it just another artifact of “capitalist realism”?

Capitalist Realism is a book published in 2009 by the late Mark Fisher. In the book, Fisher argues that capitalism has come to so dominate public thought and discourse that society can no longer imagine a viable alternative. This is good for the rich but bad for the poor. Fisher drew inspiration from the concept of socialist realism, a state-sanctioned style of art idealizing socialism in countries like the Soviet Union after World War II. Capitalist realist art serves the same function, but for capitalism—with one important distinction: socialist realism was anything but subtle when glorifying socialist leaders and ideologies. Modern capitalism takes a different approach by incorporating self-critique into its propaganda in such a way as to preempt and disarm any real threat. The result is what Guy Debord calls the “Society of the Spectacle.”

Debord was a French Marxist theorist. In The Society of the Spectacle, published in 1967, Debord argues that authentic social life has been replaced with empty representations, or “spectacle.” With modernity and capitalism, society has progressively moved from emphasizing the importance of “being,” to the importance of “having,” to the importance of “appearing.” Now, powerful media establishments produce an endless procession of spectacle that distract the public from the realities of the suffering and inequality that our economic and political systems are based on. Any potential threat is “recuperated,” as Debord calls it: disassociated from action, sterilized and commoditized, and then fed back into the system as a product that can be consumed. A trivial example is large companies selling T-shirts depicting Marxist revolutionary Che Guevara. People can buy these shirts and “feel” like they are participating in rebellion against a “corrupt” system, all the while changing nothing and making large companies more money.

This is how I see Parasite functioning in society. The movie is capitalist realist art in which all the characters mimetically desire capitalist success, so the viewer subconsciously desires it also. The movie offers no alternative to the plot’s conflict, nor the inequalities depicted, except capitalism. Hence it functions as an example of recuperation, giving the viewer a “feeling” of sympathy with the downtrodden Kims without the need to take any social action that would threaten capitalism. The movie’s popularity has strengthened the Korean film industry, but the working poor will only experience “trickle-down” benefits when and if the industry expands. One small example: the poorer neighborhoods used as locations in the film have become tourist attractions, which will undoubtedly bring a little commerce, but at the expense of making those who live in these neighborhoods effectively into commoditized entertainment.

The best we can hope for is that movies like Parasite will encourage society to make incremental changes to lessen income inequality, like raising minimum wage or capping executive compensation. These steps are important, and they should be taken, but the underlying system predicated on inequality will remain unchanged. Those in power will stay in power, and most of the poor will stay poor.

If we really want to change society, eradicate the detrimental effects of inequality, then our movies would be an interesting place to start. But instead of just depicting the negative aspects of society, and ultimately supporting the underlying system that produces them, like Parasite, movies could explore new ways to define societal success and happiness in contrast to capitalism. This would go beyond the common movie trope of emphasizing the importance of love over material possessions—which most capitalists undoubtedly agree with—and would explore, or at least hint at, the possibility that a viable economic system other than capitalism exists. This might be difficult to achieve outside of science fiction, which allows for alternative world-building. Ursula K. Le Guin’s 1974 novel The Dispossessed, which contrasts an anarchist and capitalist society, is one vivid example of the kind of work I have in mind, as it not only critiques but also provides a philosophical alternative to our economic system. As for Parasite, the movie would have been a much stronger critique if the character Kevin had arrived at any other conclusion than apathetically accepting capitalism as the solution to his predicament. Maybe providing an actual alternative to the current system, as in The Dispossessed, could be the goal of Bong Jung-Ho’s next film.

Joshua P.F. lives in the Washington D.C. area with his wife and two daughters. He spent five years in the U.S. Army before going back to school. In his day job, Josh works in technology; but in his free time, he likes to write. His work has been published in The Wrath Bearing Tree.