People have started Saying, “Nip it in the Butt” 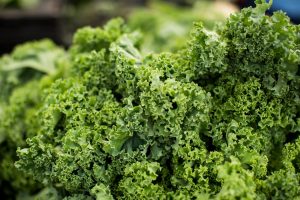 Is this a mishearing of “bud” or a mash-up
with “Come back to bite one in the ass,” the desire
to breed a new expression from established ones,
the way my daughter’s science class imagined
mating superheroes to see which powers the offspring
would get? People who say this seem to be aiming
for the original meaning, “to stop something
in an early stage,” though what they’re actually advocating
is sexy or inflammatory and would have the opposite effect.
Imagine a speaker, teeth bared, reaching for the derriere
of the situation. Rather than being aborted, it rises,
provoked or turned on, leading the biter to utter
my favorite new phrase, “Oh for fuck’s sake,” one
my husband hates because “It doesn’t say anything” but
which I find perfect for the “War on Christmas,” thirty-year-old
family quarrels surfacing at parties, being asked,
“Can I help you with anything else?” by someone who hasn’t
helped me at all, or the shock of opening the fridge for the kale,
which I really like with garlic but apparently now is
a sign of supporting “safe spaces” for triggered
college students, as well as being soft on crime,
and having a shelf collapse, splattering our newly-installed
kitchen floor with overpriced organic raspberries and beer.

Alison Stone has published six full-length collections, Caught in the Myth (NYQ Books, 2019), Dazzle (Jacar Press, 2017), Masterplan, a book of collaborative poems with Eric Greinke (Presa Press, 2018), Ordinary Magic, (NYQ Books, 2016), Dangerous Enough (Presa Press 2014), and They Sing at Midnight, which won the 2003 Many Mountains Moving Poetry Award; as well as three chapbooks. Her poems have appeared in The Paris Review, Poetry, Ploughshares, Barrow Street, Poet Lore, and many other journals and anthologies. She has been awarded Poetry’s Frederick Bock Prize and New York Quarterly’s Madeline Sadin Award. She was recently Writer in Residence at LitSpace St. Pete. She is also a painter and the creator of The Stone Tarot. A licensed psychotherapist, she has private practices in NYC and Nyack. www.stonepoetry.org www.stonetarot.com

Image By: Char Beck at https://unsplash.com/photos/5eM6sRTCCUc