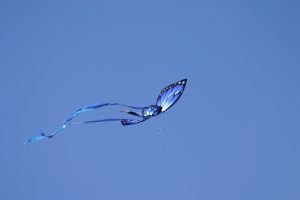 “I saw how the planet fell”

I saw how the planet fell.
Hands became bumblebees.
Apples sharpened my teeth
in the first age of gold.
Bumblebees became foil.
The foil is recorded as
A, as B, as C.
Like an atom, which is really
a hieroglyph.

Hymns from the People

At half past five in the morning
we don’t see each other yet.
Some have raised
their collars in the bora.
We dream about the center of the bread.
Bakers warm the scales.
And when the bus engine dies,
we still ride in it.
Puddles under umbrellas and
cold handles despite the warm fog.
At half past five in the morning
only we, the heroes, hold our eyes
completely open on the way
to the factories of brain cells.

On Sundays, when all the mushrooms are trampled and chewed up by shoes, I’m wondering if
we’ll break the armoire or burn it.
A proofreader earns too little.
A bobsled is three times more dangerous than a sled and a coypu is warmer than a shawl.
Look, look, a carousel.
A carousel, ducklings, a carousel, ducklings, aren’t you turned around in the head?
How to prevent a child from eating goat shit!
Metaphysics is vinegar.
We make oil from bees.
Between the wide double doors through which horses walked for food and rest, there was a
narrow human door.
The driver slowly unbuttoned his coat.
Quite a boar, eat the mussel after.
You won’t have to collect insurance.

“May a revolutionary fist”

In
pure
silky
jumps
angels
leap
into
my
face
Mary
open
the
window
let
the
angels
out
please.

“what is dearest to you in life”

Tomaž Šalamun (1941-2014) published more than 55 books of poetry in Slovenia. Translated into over 25 languages, his poetry received numerous awards, including the Jenko Prize, the Prešeren Prize, the European Prize for Poetry, and the Mladost Prize. In the 1990s, he served for several years as the Cultural Attaché for the Slovenian Embassy in New York, and later held visiting professorships at various universities in the U.S.

Brian Henry is the author of eleven books of poetry, most recently Permanent State (Threadsuns, 2020). He has translated Tomaž Šalamun’s Woods and Chalices (Harcourt, 2008), Aleš Debeljak’s Smugglers (BOA Editions, 2015), and five books by Aleš Šteger. His work has received numerous honors, including two NEA fellowships, the Alice Fay di Castagnola Award, a Howard Foundation fellowship, and the Best Translated Book Award. He is editing and translating a comprehensive volume of Selected Poems by Tomaž Šalamun for Milkweed Editions.