FacebookTwitterEmailWhatsApp
FictionScenes From a Pandemic

The Last Time Things Were Normal

The last time things were more or less normal, I got a haircut. Or rather, a trim. There was no particular reason for it. I woke up, noticed the dullness of the dark, wiry strands wrapped in a bun, felt the telling sandpaper dryness, and picked up my phone. I could have texted. A request for “the usual” to my hairstylist would have sufficed, but I wanted to confirm that they were still open. They were.As I walked to the salon, my fingers traced the square outline of the hand sanitizer in my jacket pocket. Reassured, I smiled at the passing man who shuffled by, a cool distance between us. I wanted to sneeze. It was nearly spring and just seconds of being outside was enough to trigger the persistent itch. I could feel tears pooling at the corners of my eyes. However, I did not sneeze or cough. I swiped at the wetness beneath my eyes. I wished for a tissue as I approached the storefront.

My favorite thing about the salon was the buzz. There was always 2000s R&B playing in the background, intermixed with lively chatter. It felt familiar. If I had my jar of twisting butter, coconut oil, and a spritz of warm water, I could have easily seen myself sitting by the wide windows and twisting my hair like pretzel dough into soft, ornate shapes. I could have curled up by the corner with one of the arrays of glossy magazines featuring black-skinned beauties with pursed lips, shiny hair, and cocoa skin. But the store felt different today, as if the magazines were fixed ornaments and the salon set in clay. I never had to wait long beside the other women with springy Afros or relaxed bobs before being called back to the cluster of deep sinks. However, today I found myself wondering at elbows and knees and moving lips as if they were strange vines that might entangle me. When I blinked, those vines settled into the form of Edna, who was sitting beside me, waiting for a coloring. She was speaking, addressing no one in particular. There were always many simultaneous conversations, and all were free to join.

“What do you think will happen?”

“Who knows? Right now, we’re just trying to stay focused and work while we can.”

“They’re saying the Rona is getting serious….”

Someone sighed deeply or maybe it was the flowing water as my stylist began to wash my hair. I focused on the hot water as I thought about how sunny it was, how the sun seemed to press against the windows as if the store,  with the small group of women sweating from the heat of the straighteners and dryers, could meet it in some needed embrace. I stared into the light until the afternoon itself became hazy, until the clipped hair rained black, and until the proud angle of a client’s jaw seemed to tremble.

When my hair was trimmed, I paid my stylist in cash, careful that my fingers did not brush hers. I wondered if she would wash her hands soon after as she smiled and held the bills in a loosely closed fist away from her. As I left, I turned away to uncap my hand sanitizer and spread the cool gel across my palm, along the edges of my fingertips, behind my hands. I waited until it dried into a sticky, clear residue that smelled like hospital supply rooms and sterile paper gowns before slipping the bottle into my jacket pocket and heading home. A breeze lifted my blown-out hair, feather-soft from conditioner. It felt welcome with the sun beaming down through the sparse clouds.

The Day the Sky Fell

When the sky shattered, the rain that cut across the land was cold. A rainmaker, they claimed, had caused it. They said if you peered into the sky, a feat now complicated by the blinding fragments falling sharply, you could see something elusive, a smoky wisp trailing off, the purported reflection of an ancient face cast on scattered rain stones.

The story of the rainmaker was a frightening legend told in whispers. People spoke of a face long and ominous like shadows, hands dry from spinning clay, a mouth like a sealed cave. Or perhaps something more ordinary with a soured milk countenance and shrewd raisin eyes. There was no real consensus around the rainmaker’s appearance, but all knew to attribute their strange misfortune to the distant threat in the clouds.

Perhaps some of this anger, directed upward, was misplaced frustration. After all, there had been signs of the nearing storm. Weeks beforehand, the sky had begun to tilt, dragged low by slumping clouds. The clouds, like sodden sponges, had oozed foul, miasmic waters. Still, those days had been different.

People, then, were like dandelions in the wind, swept into still-green fields. Life was a thoughtless exhalation. The thing is, rain was too familiar to be of special concern. Storms were gleaming nets ensnaring those below, at times in soft gossamer threads, at times in iron cold tangles, but always with resolution.

So, the skies drooped downwards, and the clouds were like heavy stones weighing down the airiness and whimsy of changing seasons, but life flowed onward, oblivious. Every so often, the bliss of the coming spring was interrupted by whispers, but the whispers were like the whir of insect wings drowned in the roar of many voices. When the rainmaker grew fidgety, the sky creaking under her shifted weight as she fixed her eyes on distant sights, we danced to ward away the storm with the kind of thoughtless irreverence reserved for antiquated traditions.

Then, one day, with the sound of something large and solid splitting, the sky fell open. Someone said the rainmaker had been fetching water at a stream, like always, when the sky slipped from her hands and broke apart, unleashing its oceanic contents in one grand deluge. The flood was so great that the sun could not escape quickly enough, and it, too, was extinguished alongside the flames of humanity.

All I know is that everything is different now. Not a thing is fixed in place. Rather we drift, drift away, apart and afar, occasionally turning our faces upward to the gaping hole where the sun once shone. 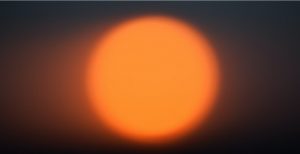 Everything Changes and So Do We

The salon had changed with the times. Its once bright constitution, manifested in the rising voices of its patrons and in the flurry of their carefree movements, free to gather in embraces and to touch the shiny curls and coils in admiration, was now more uncertain. The door was closed and locked, unlike the days when it was held open by a silk green scarf. The pale gray of the waiting area walls lacked the warmth of brown bodies. Yet, the occasional figure passing by, captured in the now-dreary frame of the window, indicated that the salon was not exactly closed. Perhaps it was intentional, this selective invitation. Maybe the Black Lives Matter protestor, with the braids unraveling from tearing at them in frustration, would know to enter. Once inside, she’d find cool milk for her peppery eyes and hands that could plait those strands into more resistant shields. They’d soothe the hand that held the sign that read, “And will it ever end?” with cooling Vaseline.

We needed something from each other, the customer sitting in the now partitioned hair station and the stylist silently smoothing her hair. We needed to express something in the way the stylist’s familiar hands knew to gently detangle an Afro from the ends, prying the hook-like strands apart. And when the stylist asked, “Have you been deep conditioning lately?” we knew she was speaking to some more fundamental nourishment, to the way we applied creams to our brown skin at night and stared deeply into dark, cavernous eyes wistfully. In our collective maintenance of the Afro, which rose upward as if seeking grace, we spoke words that could not flow freely from behind our masks. The stylist could close the distance between us with a comb pressed to the scalp as the dry heat stretched the strands at the roots. When she divided the hair into even rows, like the rows of bodies crying out for justice in the streets, or the bodies that had fallen like cleared woods to an unyielding axe, she brought us closer than the face shields with their concealing fog permitted.

When she was done, we both marveled at her creation, the large hair that floated at either side of my small, brown face in the mirror. Was that sadness in her eyes? Or knowing? Did we have the same vision of my dark reflection as something distinct from the world, like a flower in a field of grass, destined to be plucked in derision or from curiosity, to brown, to wither? I seemed like black art, something to be hung in worldly halls and discussed with wine, the center of a riveting anecdote about African wilderness.

“Fit for a protest,” she said with a smile.

In that smile, I saw a glimmer of sunlight. There was a shadow of laughter fanning at the corner of her eyes. I thanked her.

As I left, she shut the door quietly behind me, and I could see her spraying down the seat where I had sat. I turned, heading downtown towards the shouting voices. I could hear the music, a medley of R&B, rap, and something rhythmic, from a block away. I walked until I was surrounded by people. Our bodies gathered like a rising mountain, our lofty hair dividing the sky like clouds, lifting us to the heavens where we could seize the sun by its dazed rays and mark ourselves with its brilliant glory. It seemed that way, until you squinted through the glare of the face shield and saw each person standing apart and yet together, with longing.

Faith Okifo is a Nigerian-American currently enrolled at the Yale School of Medicine. Originally from Bronx, New York, she draws from her culturally diverse background for inspiration. This piece is centered around the COVID-19 pandemic, the major unifying experience of the year on a global scale, and its intersection with the concurrent movement for black equality.