The Black Girl At Your Party 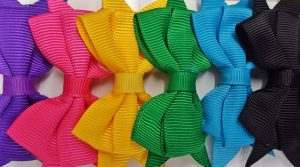 My plaits and ribbons brightened white spaces for a long time
Fat immigrant ribbons in every Color held my
Thick Jamaican hair
American black girls
didn’t wear fat ribbons
They had beads that made music when they walked.
I wanted dancing beads just like Michelle’s & Jennifer’s but I had immigrant ribbons.
Big. Bright. Quiet.
So what kind of black girl are you?
The kind with a Third World smell from
Limacol, Dettol, Ferrol and Mauby Bark
I was that black girl,
colonized with island sea breezes with curry under my grandmother’s fingernails.
American black girls were colonized too—we were the same Black girl.
To be the black girl in white
spaces was to be
The how often do you wash your hair, black girl
The girl that didn’t understand the Led Zeppelin references so I said nothing pretending to understand a foreign white world
Don’t laugh too loud
Don’t say the wrong thing
Don’t ask any questions
Don’t cry that they never invited you out

Maybe they knew I was black after all.
I was one of few black girls at that one white party I was invited to. The black girl all alone in
her own black girl skin.
Don’t mention you are black
Try to disappear into the whatever
is on the wall
Pretend to understand
I tried. Yes I really tried to blend in
I forced myself to forget
everything. Try not to be the black girl. Can’t you just be the girl?
Try black girl, try & Fit in.
Do they know I’m black?
Maybe my kind of black is acceptable or exotic
Talk Jamaican, it sounds so cool
I love Bob Marley
Hey mon! You sound so cool.
The accepted outsider black girls because I wasn’t like the other black girls.
Don’t they hear the lyrics of
Redemption Song?
I was that black girl that eased their
white privilege.
Locked in a petting zoo cage
visited by freak seeking voyeurs with momentary curiosity. Caged. Alone.
To be that black girl
The bees knees
The ain’t she cute for a black girl, Black girl
To be that black girl is to feel like shit.

Dr. Antoinette Ellis-Williams is Chair and Professor of Women’s & Gender Studies at New Jersey City University. A Jamaican-born multi-media abstract artist, playwright, actor, filmmaker and poet, her solo visual exhibit Girlhood/UnDone (October-November 2017) showed at NJCU. She is the author of Black Gardenias: A Collection of Poems, Stories, & Sayings From A Woman’s Heart (Semaj Publishing, 2013). Her one woman play Scarf Diaries premiered at NJPAC in 2017 and will appear at the reg. e gaines 2021 Downtown Urban Art Festival in NYC. Her documentary Lee Hagan: Connecting Generations (2016) won best short documentary at the Newark Black Film Festival. Her TedX Talk Finding Justice in the Land of the Free (2015) tried to unpack her immigrant status in America. She is also a minister at Bethany Baptist Church in Newark, where she lives, and a member of the Board of Trustees for the New Jersey Institute of Social Justice and Women@NJPAC. Jamaican Immigrant. Mother. Wife. Citizen. Black Woman of God. Sister. Daughter. Grateful.