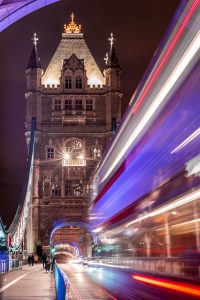 I waited for the bus. The first bus didn’t arrive for a while. I waited beneath a blood-red sun, sweating and exhausted. It was the first time in twenty years that I’d stood at a bus stop; the last time was on the last day of October in 2019. Brexit was going to happen. Supposedly.

After I’d spent hours waiting, one whizzed past without even stopping. By then, other passengers had gathered at the bus stop, some muttering obscenities. Five minutes later, another bus whizzed past. I struggled under the sweltering sun with no shade to be had. Hearing a pregnant woman swoon in the queue, a man ran to her aid. An old man swore, and a child wept. As the child’s mother stood engrossed by the pregnant woman on the ground, the child’s cries fell silent. They all looked and sounded miserable, miserable or angry. A third bus drove past, empty like the first two. I turned to the foul-mouthed old man.

“Why aren’t they stopping? What’s wrong with them?”

The heat prickled my neck, inner thighs and soggy armpits. Suddenly, for some bizarre reason, my mind was transported back to my childhood. Mum would grab and place me in a lavender bubble bath filled to the brim. We would laugh. Mum always smelt of lavender, but the old man at the bus stop stank. The stench of sweat permeated everywhere, everyone dripping in it. Childhood was a long time ago. I didn’t use buses back then, but I had a bike and a skateboard. Waiting for the bus was something I’d never heard of as a kid. It was a long time ago—a different time—when the buses actually turned up for those who waited for them and stopped to let people on. A time when smiles were somewhat animated and reached the eyes, offered freely between strangers.

Sweat trickled down from the old man’s wide forehead into his mouth. He looked almost ancient to me.

“Are you stupid? They never stop. If you want them to stop, you have to make them stop. I’ve been coming to this bus stop for years. Not once have they stopped.” He gave me a hard stare through dark, watery eyes.

Shocked, I asked him, “Are you serious?”

Another empty bus whizzed past us. He ignored me. The pregnant woman sat up and wiped away perspiration from her forehead, then adjusted her headscarf; her dark brown eyes held a haunted expression. She tried to smile when she saw me looking at her, but her pale lips wouldn’t move. The child clung to his mother’s shoulder, thumb in mouth, eyes languid.

The sun was at its peak. Empty buses sped past us every few minutes or so. As would-be travellers, we all looked up in hope that lasted a mere millisecond until the bus drove past and our shoulders dropped again in hopelessness.

I turned to the old man. Strange—his beard looked whiter. Or maybe that was the sun’s glare.

“Get in its way. Distract it from its course. Be prepared to die.” He grinned.

He couldn’t be serious, could he?

“Has anyone ever been able to stop one?”

“Some idiots did. A long time ago. Thought too highly of themselves. Helping people out, they thought. ‘Course, they didn’t know that no one actually wanted the bus to stop. No one needed to get on the bus. They lay there on the tarmac for weeks until the crows completed their feast.”

The old man laughed, and his crooked grey teeth appeared like tiny pebbles protruding from his mouth. I had to lean on the wall to steady myself.

A minute later, I asked, “If no one wants the bus why are they here? Why waste time standing at a bus stop?”

I deepened my breathing; I was beginning to feel light-headed.

He stared at me blankly. Then he spat against the wall.

“It’s something to do, you idiot. Now piss off!” He walked away from me so I couldn’t ask him any more questions.

The queue stretched to the horizon; I couldn’t see the end of it. The sun, a vast red globe looming ever closer, burned the skin off our noses. Buses drove past at top speed, and no one attempted to stop one. I moved closer to the edge of the footpath. When one came into view, I raised my arm and waved at it enthusiastically. Behind me, I could hear everyone laughing. Laughing at the man who thought he wasn’t going to wait anymore. The bus slowed down a little. The driver turned his head in my direction, but I didn’t see his face; there was no face. He drove on, and the giggling intensified. But the faceless head filled me with terror.

Everyone else in line knew we were waiting for buses driven by men who had no faces—they couldn’t see us waiting. As another bus made its way towards the stop, everyone looked at it eagerly, hoping that this one would stop for us.