The Trump in Me 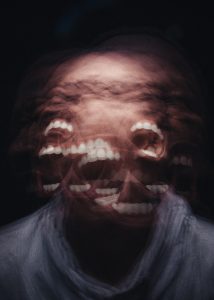 A few nights ago, my husband and I had a reservation for 8:30 p.m. at a new restaurant in town. When we arrived, the young manager told us they didn’t have a table yet and asked us to wait at the bar. There wasn’t an especially comfortable spot to park ourselves, we were both famished, but we complied. At 9:00 p.m. eyes cast downward, the manager approached and told us that none of the tables were clearing and the kitchen would be closing soon.

“It’s been a tough day; I’ve had this problem with customers not leaving all day long,” he said, refusing to meet my eyes. Was he asking us to order now and eat at the bar or saying they wouldn’t be able to feed us at all? He wasn’t being clear.

All I had to do was ask him to clarify. All I had to do was express a little empathy. Instead, I erupted. “Are you saying that you can’t honor our reservation? Are you saying that you won’t feed us? You should be telling us that if we’re willing to eat at the bar, you’ll comp our meal, not complaining about your problems. I don’t give a shit about your problems.”

What? Had those words really just come out of my usually well-mannered mouth? Where had this aggression, this lack of civility, this public profanity come from? I sounded entitled, completely unreasonable, and disproportionately pissed off.

The fact is that I’ve been feeling pissed off a lot lately. Suffering from outrage fatigue. For the past two years as I’ve watched CNN and MSNBC and read every insider’s account of working in this White House, I’ve tracked events in the public sphere first with incredulity, and then, with escalating outrage. He did what? He said what? NO! How could this be happening? I’m not sure why I’m still surprised. From the earliest days of his Presidential campaign, President Trump has shown an ignorance and denunciation of core democratic values. He’s race-baited, objectified women, snarled and lied his way through the crises he’s created. He never holds himself accountable; he never admits to a deception or a mistake. For the past two years, my husband and friends and I have resisted, donated to organizations and candidates that might temper his power. Yet, he remains in power, lying and self-aggrandizing, admiring authoritarian regimes, and making decisions that will affect us all for years to come. And aside from his policies, his lack of civility, his irritability, belligerence, and impulsivity are never far from view.

It’s not only maddening. I fear it’s also contagious.

A Trump supporter on Facebook?: UNFRIEND YOU NOW. No, I told my husband, I couldn’t sit down to dinner with his old friends who happened to be Republican. No, I couldn’t engage in small talk with them or take the chance they would veer into a defense of the President and I’d tell them off.

And then I watched the Brett Kavanaugh hearings. A man nominated to the Supreme Court, the highest court in the land, should possess the most even and measured of temperaments, the most rational faculties. With none of that on display, Kavanaugh raged, accused his accusers, and generally seemed unstrung — a mirror image of the Nominator-in-Chief. He presented the same erratic, angry, uncivil behavior and was similarly rewarded for it. I was heartsick, beyond angry.

Or so I thought. But here I was berating and bullying a young man overwhelmed by his new job. This had nothing to do with the political arena; he wasn’t a Trump supporter as far as I knew. This wasn’t a man in power; this was a guy in a service job trying to please a bunch of hungry, entitled customers. The manager was about the same age as many of the college students I teach and mentor; empathy and kindness are traits I pride myself on showing them. Yet when this man had practically begged for even a little of each, I’d failed him.

Since Trump was elected, we’ve seen a significant uptick in hate crimes. The explanation sometimes given is that he’s unleashed forces always present but formerly contained by the strictures of civilization. Trump’s race-baiting and belligerence have given permission to everyone to express their deepest darkest fears and hatred, to bare the ugly id always hiding just under the surface.

So had I been harboring stores of rage all along that Trump just liberated? Maybe, but my behavior also made me think of everything I’ve read about social referencing. As infants, we first learn what to fear, whom to trust, via a process called social referencing. We look to an adult caregiver, gauge their reaction to a situation, and then react in parallel. In the most famous study of social referencing, a crawling baby is presented with a visual plank under a sheet of glass. The glass will hold the baby; there is no actual danger; but the visual plank presents the illusion of a sheer drop-off. The baby is old enough to sense the risk, but looks to the mother to determine if continuing along the path is safe. If the mother smiles encouragingly, the baby proceeds. If she frowns or expresses fear, the baby stops and cries.

As we mature, a seemingly more sophisticated process of social referencing, closely related to emotional contagion, continues. We laugh in a movie theatre when others are laughing; we cry at memorial services, we feel more beneficent ourselves when we witness acts of kindness. We may pride ourselves on our individuality, but we behave as our social group, albeit mob, behaves. And though we are no longer babies, we are still especially susceptible to unconsciously modeling behavior manifested by our leaders.

Confronted with my indignation and direct request that our meal be comped, the manager stammered and said I was right. Of course, he would comp our meal if we would order dinner at the bar until a table cleared. He looked wounded. Just then, a table opened up and then another one, and I tried to make amends, telling the manager that of course we would pay for our own dinner. No, he explained, he had promised to comp our dinner and would do so.

Once we were seated, he sent over complimentary fries, then complimentary spicy Cajun onion rings. I would never have ordered the latter – especially at 9:30 p.m. But they were free so I consumed them greedily, lost in the gratifications of the present moment, of getting something for nothing.

I Trump-plundered whatever was put in front of me with abandon. I Trump-indulged myself, consequences be dammed. I was Trump-oblivious – not as he is to the history of our relations with allies, to history in general — but to my own history of gastric distress.

At the end of the meal, I went over to apologize to the manager who was just sitting down to his own dinner. He eyed me warily as if I might strike again at any moment. I expressed empathy with his position as manager of a new restaurant in a neighborhood with a demanding clientele. He nodded but I could see the signs of barely suppressed anger in his own eyes; I’d already declared myself. I didn’t give a shit about him. I was simply more proof of how uncaring people really are if given a chance to show it. Why should he believe me now when he just wanted to be left alone at the end of a long, hard night to eat his meal? My empathy sounded hollow. Was empathy an act I put on all the time to cover up my own avaricious id? Is Trump who we all really are underneath the false selves we put on?

If my level of aggression that night surprised me, it also stunned my husband. “I was just going to demand he still feed us – but not comp the meal,” he said. “That’s chutzpah.”

That night, at 3:30 a.m., I awoke with the worst heartburn I’ve had in years. It was those Cajun onion rings, the manager’s revenge; payback for my aggression, narcissism, sense of entitlement, and overconsumption.

As I lay in bed, sucking Tums, I felt as if my two years of adrenalized outrage and resistance had morphed into the worst traits of that which outraged me. Could I really be turning into Trump? All around me, I saw people scowling, making extreme statements, huffing and puffing, and rejecting those whose opinions did not precisely match theirs. They were hair trigger, blowing up over minor grievances. They reacted before they had all the evidence needed for a measured response. They abandoned reason in favor of reactivity.

We were all turning into Trump.

I also thought about empathy. Researchers contend that it is innate, deriving from the firing of motor neurons in the brain. When we watch someone suffering, motor neurons activate in our own brains, so we experience some semblance of what the other person is suffering. Toddlers show empathy; empathy isn’t learned, though it needs to be nurtured. It’s part of what has allowed us to develop as a social species. It’s what holds society together. And yet empathy is also fragile, easily overcome by fear and demagoguery. How else to explain what happened in Europe during WW II and the Holocaust, how else to explain the genocide that goes on somewhere in the world every day? Perhaps social referencing is more powerful than innate empathy, particularly an onslaught of social referencing tied to primal emotions like fear and originating in our highest leader.

The heartburn is coming for the decisions Trump has made. There will be untold costs of the willful dismantling of important government agencies and functions, the bullying of allies, the refusal to acknowledge the realities of climate change, the blind eye to the needs of the growing body of those without health insurance, the caging of the desperate migrants at our borders, the shutting down of the government rather than losing face. The denial of history, of the future, of consequences, the living in a Twitterverse of moment-to-moment ego gratification. America First has quickly revealed itself as Me First, an ethos that is clearly contagious. As I learned first from reading Shakespeare, the body politic is not a metaphor; we are all part of a living, breathing, social entity. And what infects the body politic affects us all. Our problem will not be just getting Trump out of office, it will be getting the Trump out of us.