When Mary Turner threatened to press charges for the wrongful lynching of her husband in Brooks County, GA on May 19, 1918, she was strung upside down, her clothes were burned off, and her unborn baby was cut from her womb and stomped to death. Turner was shot repeatedly, and she and her baby were buried close by their murder site.

like all resurrections, it began with blood, dirt,
unending light—
the georgia moss punctuated by camellias, their white hurt
stretching across brooks county—no blight
to stain their leaves, just the ash falling, bloody
from mary’s emblazoned womb. her baby, a fire,
its single soft cry still igniting the air—could it be
that even this baby, even this one-breathed-angel was crucified
to save us all? maybe.
maybe mary and her baby flew up from death
in sweaty georgia—her shallow grave shaken loose. finally free,
resurrected—it turns out, all along hell was earth,
what else could she name that rock covered in leaf and loam,
not loving, not hopeful, and most certainly not home. 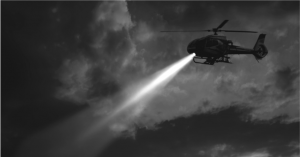 Stephon Don’t You Moan, or, To Serve and Protect

22 year-old father of two, Stephon Clark, was shot at twenty times on March 19, 2018 by Sacramento Police in his grandmother’s backyard. The gun police claim to have seen him carrying was his iPhone.

is there a police protocol for grace,
for the moment between show us your hands and shoot? that night,
policeman, servant of the gun, did you give     space

for a man’s innocence to bloom? despite
the loaded weight of your finger on the trigger,
despite             how the night
painted that man bigger,
made him a giant with a fireball in his hands? despite the loud explosion of your fright?
innocence is for softer things—an open, empty palm, a blooming flower,
a spread of rocks becoming sand.
silly civilization, you thought we’d evolved beyond abuse of power,
but again, a pruning. what a flower you were, stephon—and
what holiness in your body opening, petaled in the white helicopter light—
this, an armageddon of bullets, flowers, stars, stripes.

The Hymn Of The Dogwood Tree

This is only the branch of a Dogwood tree; An emblem of WHITE SUPREMACY.
A lesson once taught in the Pioneer’s school, That this is a land of WHITE MAN’S RULE.
The Red Man once in an early day, Was told by the Whites to mend his way.
The negro, now, by eternal grace, Must learn to stay in the negro’s place.
In the Sunny South, the Land of the Free, Let the WHITE SUPREME forever be.
Let this a warning to all negroes be, Or they’ll suffer the fate of the DOGWOOD TREE.
–popular lynching postcard poem, 1908

“I thank God for slavery—if it wasn’t for slavery, I might be somewhere in Africa worshipping a tree.”
–Kimberly Daniels, 2018