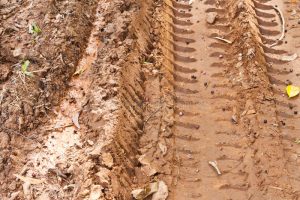 Abu Rani recites a poem,
an allegory of figs and leaves
he composed on the spot
when he couldn’t find the poem we came for.
He’s the poet of the village,
and we Americans sit on his family’s stone patio,
door slid shut between ourselves
and their ten children, between us and the vena cava
of their lives. Or perhaps fields
bulldozers and expansion plans would raze
really are where the heart lies
leaves long and thin and dull gray green.

Abu Rani’s wife shuttles between
inside and porch with tea, her face so shuttered
she reminds me of myself when serving,
relieved to steep inside
my silence, understandably preoccupied.
But really impatient, annoyed.
I imagine her this way,
happy to serve the sweetness
she’d have to put on
if she were squeezing women’s hands,
accepting sympathy for the son Israeli soldiers shot.

She doesn’t sit down. She eases
her toddler off a woman’s lap
as if he were going to cause trouble.
Stands off to the side. Does this happen every week,
her home a bus stop for the solidarity circuit?
Behind the curtain of her face,
perhaps she thinks: I have seen your kind before
seen you unload off the bus
murmur and gasp at the bulldozer tracks
shake your head at the browning of the olive tree leaves.
You listen to my husband.
With poetry he hopes to move you.
To you, poetry is part of a world already lost.
He might as well be dressed in skins around the campfire.
I tell you we are not so simple,
not your savages, your performing monkeys.

You are thinking: where are the journalists?
Where are those who would do
something? Yes, where?
My husband believes they are you.

The sweet tea is delicious.
We get back on the bus.

We stand up to leave and he’s
smiling, perched on his stool,

keeping watch over the empty tables.
He says to all our Temple group,

“It’s not you we are against. It’s the
Israelis. A blip on the stage

of history. Fifty years—poof!
Israel will be gone. I just hope

to return to Palestine
in my lifetime.” He can’t

imagine any in a Nebraska Torah
group is Israeli, granddaughter

to a captain who trained soldiers, some
of whom chased innocents from their houses and

slaughtered some who remained.
Edges electrified, blood on fire,

I too can’t imagine
the fist in my stomach

unclenching. He means my family.
Where would he have us go? The sea?

That I’ll ever feel any differently.

Another Take on Truth or Your Story
Listening to the villagers just outside Bil’in Village, West Bank

An eight-year-old shot by soldiers
serves as witness in a wheelchair.
Not nerf, not sea animals with pore bodies,
sponge bullets are bullet-shaped rounds,
with a sponge tip. For riot control, safe
for soldiers at close range.
One hit an eleven-year old between his eyes.
Now he’s blind. Another killed a teen
the newspapers called the first casualty
of Palestinian rioting.

A social worker tells us about children
getting into trouble, despondent, reluctant
to do anything (without dreams), or with dreams
of revenge, rocks, Molotov cocktails.
We don’t need any more martyrs.
But what seeds can we offer them from these drought years
when hope drops so fast the earth shudders?

Bulldozer tracks cut a gash into the olive grove.
A farmer, shaggy and grayed,
explains his father’s father planted these trees,
his father tended these gray-green leaves,
as a boy he played on these rocks
it takes a few minutes
for a backhoe loader to dig up.
His son doesn’t have to see his hands
to know they’re empty.

Shrapnel in his legs and sponge bullet
bruises on his hips, he offers
us his pastoral of ancestors,
land passed down generation to generation,
olive groves, herds of sheep,
this world only dreamers and settlers
believe exists, to halt bulldozers.

But bulldozers are fueled with the same
fantasy of ancestral realms.
It calls to all of us who would usurp your land,
or, failing that, your story.

Joy Arbor is the author of the chapbook, Where Are You From, Originally? (Finishing Line Press, 2016). Her poems have won the Phenomena of Place Poetry Prize, the Mary Merritt Award, and an Academy of American Poets Prize and have appeared recently in Dunes Review and Pleiades. She is a freelance copyeditor of poetry and memoir and lives with her husband and son in the Thumb of Michigan.