Who lived with three other men in a Central Square
Walk-up, spacious and sunlit, except

For the closet. The closet abutted Horace’s bedroom
(Horace is like, but not quite, his real name).

Horace lived as a rent boy for a B-school professor.
The others did—I never knew what they did,

That is, “consulting.” I was proud to be the new
Coat check girl at a cavernous bowling alley

Recently made over into a cavernous rock club.
I was working for tips. I wanted to say

Records nobody else liked for two hours a night
Or four if the next DJ never showed up. I liked

To pretend that other people were listening.
Sometimes they called me up. I felt at home

Where no one could see me. I liked the Verlaines
And Treepeople, Small Factory, Circus Lupus

And Some Velvet Sidewalk, the Dead C and the Spinanes,
Who sang about thirsty anomie in a voice

Like sour cherries, sweet with overtones
Of sharp and ripe and bloodstain. When I moved out

(Home meaning the closet) when the former producer
Was throwing them away: wrapped, black-and-white,

With a picture of a naked toddler, peeing.
Their most famous song was about not being

Famous, not being in school or employed, just “hanging
Out in the Boston rock scene.” The band was called

Sorry. They broke up before
I could see them. The album was called Imaginary Friend. 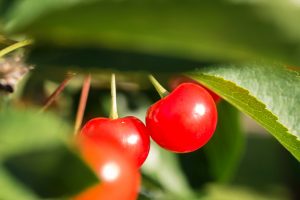 I didn’t know. But I knew. I took off the dress
Kay offered and apologized for my striped boxers.

I called myself a kid in a candy store
When I was a teen in a lingerie store. I wanted

To move to a place I knew secondhand, from TV,
To Top Shop, Boots, postcodes in England-land. I had mixed up

To become someone new. There’s a wasp between
My windowpane and its wire-mesh screen. She wants

To get out. She hovers and dives towards some
Way, not knowing there can be no

Way unless someone unlocks the glass and lifts
The window itself and lets the wasp into the room.

About the softest pop groups I could find:
The boys wore striped sailor shirts and they sang

The Holy Grail and no big deal, which was true
And is true. The Field Mice. Heavenly. Blueboy. I loved

Them all. I love them all. The demand that we shed
Our previous selves is garbage. We are not wasps

And need not leave our shells behind. I had
To move to England to see them where they lived.

They said that love could break a boy’s heart,
Keith Girdler sang. I think there’s no such thing.

I wore the sailor shirts but not the floppy collars.
My then-best friend gave me bad advice about passing,

Telling me women dress for one another.
Never for ourselves. My then-girlfriend needed

To date a boy. I was glad to help her find one.
I didn’t know. But I knew. Maybe everyone did.

The wasp rams the glass, black and gold. I thought I wanted
To free myself from my body, which was

Not possible. Land
On this windowsill with me.

No.  This is something the earth did to itself,
catastrophe beauty, sublimity, condensation,

diminutive bubbles whose source no one can see.
They are the springs of human action,

pure until we get up close, or try
(but we can’t) to see them from above,

so we can view them safely now.
In the adjacent dissonance of the hot puddles,

communicate incessantly with each other,
a language with no spoken or written form.

Do they know they won’t last? Do they think they’re failing?
Would it be better for us to have no feelings?

Stephanie Burt is Professor of English at Harvard. Her most recent books include the chapbook For All Mutants (Rain Taxi, 2021) and the full-length After Callimachus: Poems and Translations (Princeton UP, 2020). A new book of poems, For All Mermaids, will appear from Graywolf in late 2022. She’s @accommodatingly on Twitter.