The fireflies are lit and the field 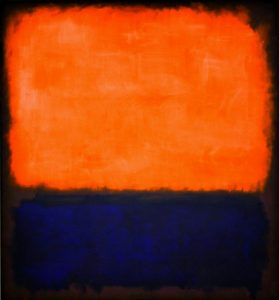 makes a Rothko with the sky.
The stray cats eat food
my mother left—the sound of their bites
like someone unwrapping a package.
The gray one sneaks up
behind me, runs when I try
to touch its head. I want to stay here:
my parents on the swing, me
in a lawn chair in the middle
of my life. The TV turned off, house silent.
In a week we’ll find the mother cat
dead, a coyote will have killed
the kittens. The larger griefs
of the world make the smaller ones
more. I’ll drag her body
from under the porch with a stick.

You Better Get Used to This

Turning quickly in a city I didn’t know, two men

tailed me into a parking lot, honking, flipping

me off for cutting them off

accidentally—caused me to smash my car

into their car. I won’t pretend I wasn’t scared.

one of them pounding the hood, leaving dents

in the car my parents gave me

when I couldn’t afford one, the car I take care of

in gratitude. I had picked up

They were speeding, followed me,

caused the crash they yelled at me

for almost causing. I had been happy.

I had made the mistake of making a mistake

in America, in the South, though this happens everywhere.

and then he blurred, almost silent—his mouth

a smudge, his half-hearted

ing his flabby waist, their bodies as sad

and angry as their sadness and anger. I thought:

stay calm, stay alive, and the inside of the car became the pool

I pushed myself to the bottom of in childhood

the time my father screamed at me

when he caught me playing with makeup.

It was an accident, I repeated through the window.

Everyone says I did the right thing. I survived

to come back to my dog, to my

dying mom, to my sister grabbed by a man

between the legs the day after the election.

You better get used to this now, little lady.

They sped off, their rage loaded

back inside their bodies. I buffed

the scratches from the fender, but am stuck

with the greasy, expensive handprints in the hood.