Song for the Camo Girls and Boys

“You know in Africa no woman ever misses her lion and no white man ever bolts.”

They grin from ear to ear 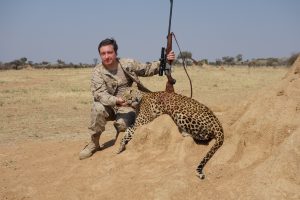 In camo artfully splotched
For grinning from ear to ear
Above a twisted corpse.

Goldilocks in post-slaughter bliss,
lolls beside a crumpled giraffe.
Camo triumphant, oh glorious day,
She grins from ear to ear.

Pleased as punch, the khaki boys
Replay the Springfield’s blam and whunk,
Rifles propped for the photo op,
Above a grey belly and twisted trunk.
The trophy head and bragging rights
Shore-up their gleeful mantra—

Shoot for the bone, send it home…
And grin from ear to ear.

than appeals to emotion

That “it” joined at the hip
with the vaguest of verbs
spumes and spews false claims,
lethal adjectives, and siren calls.
The “huge-it’s-gonna-be-great” con triumphs
in the Post-truth swamp, and the O.E.D.