UPDATE: Trump and the Criminal Culture

This is a follow-up to Roxana Robinson’s earlier essay, “Trump & the Criminal Culture” 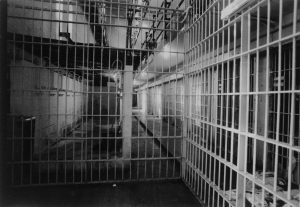 If you ran a company, would you offer a product that would kill nearly half your customers? How good a business model is that? If you’re part of an ethical culture, you’d find it immoral, inhumane, and illegal. If you’re part of a criminal culture, it’s ho-hum normal: nearly 50% of heroin addicts succumb to drug-related problems. But illegal drug trafficking is a popular venture among criminals. The profit margins are excellent, and the addictive nature of the product ensures a loyal customer base.A criminal culture does not protect its customers. The criminal culture protects no one but its own. It does not protect its citizens; it has no citizens. It assigns no value to human life. It has no interest in the promotion of the general welfare, which the Constitution requires of our public officials.

An ethical culture protects its citizens. As a matter of principle, it protects the human body from harm. Our laws support this principle. Even when legal sanctions are visited on a person, the rule of law enforces this physical protection. Cruel and unusual punishments are prohibited, and capital punishment is still a subject for debate. A criminal culture does not enter this debate; capital punishment is common. The criminal culture enforces its laws through personal violence, through cruel and unusual punishments, through torture and murder. In a criminal culture the human body is a landscape of possibility, an opportunity for the infliction of pain, of willful destruction. In this way the criminal culture imposes its will. Here the death of a customer or a victim is inconsequential. Killing is a necessary act, one that demonstrates power or makes money, or both.

Capitalism has always tended toward the exploitation of the worker. This tendency is restrained, to a greater or lesser degree, by humane legislation. This dynamic has always existed in our society, but in a criminal culture there is no countervailing influence. There is no humane legislation. Human life is expendable. Open the restaurants, the beaches, the tattoo parlors.

By “some people will be affected,” he means they will become ill.

A criminal culture protects no one but its own. The workers, the serfs, the peons, the victims are all dispensable.