In celebration of Scoundrel Time’s 5th anniversary, our editorial team is excited to announce the winners of our fifth annual Editors’ Choice Awards, selected from among the works we published in 2021. Munawar Abbas’s “Voyeurs” is the award-winner in fiction.

“Voyeurs” is a flash fiction about two neighborhoods in Brooklyn, but it is about the distance and longing between worlds just beside each other; it’s a flash fiction that bursts with feelings and images and so beautifully conveys the feeling of wanting to know someone else. 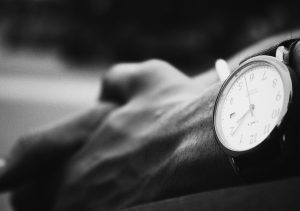 In Brooklyn, the sky is too small to fly kites, so we flew paper planes instead, hoping our futures went as far as they did before falling. We’d watch the wind catch and carry them along, but we’d look away before they fell, turning our heads from someone who may have chanced to see us unguarded for that brief moment.

When we got to high school, we crossed a boundary no one had told us about, from 20th to 18th Ave, from Mapleton to Borough Park, from the Cantonese bakeries to the kosher meat markets, and from the public schools whose halls we’d decorated to the yeshivas whose Hebrew-covered facades we could never decipher. Farooq was the first of us to cross over. He came to us on a Friday evening with a crisp ten-dollar bill in hand, telling us only that we had to see it for ourselves.

So we saw it for ourselves. On the Sabbath, we saw Orthodox men waiting for us outside as the sun set, offering money our parents couldn’t spare, just so we’d go into their homes and light their rooms. We glimpsed their girls, the ones our age. We saw their faces, surprised when the lights came on, the rising pink heat on pale cheeks, the shame of being seen by someone not their own. They never moved but turned their eyes away, turning us away from the part of them that lived there.

We waited after school on Fridays in Gravesend Park, passing time on the rusted bleachers, while Orthodox mothers pushed their children in swings close by. We marked the time by the growing orange sun as it amplified the rust we rubbed our hands along. We passed the time by dragging small branches in the soil beneath us, drawing outlines of ourselves that dissolved in the growing shadows.

We thought of those girls after we left their homes. On nights when the moon hid behind tall buildings across from our windows, we tried to imagine the ways our lives would cross theirs. Alone, I remembered the girls I’d seen in full, whose faces I saw for more than a few moments. I remembered the girls whose faces I saw only in a flash in the first bloom of light before their doors shut. But I remembered mostly the girls who were receded, who I never saw, who I could only hear behind closed doors, my sleepless mind imagining the lives they lived in there.

Then those girls would leave us, telling us there wasn’t much to a person who only ever lived within themselves. They would tell us we were nothing more than the faces we had and the words we never said. They told us more, but we’d stop listening, watching other boys holding hands with other girls and later the same girls whose hands we had held.

Years have passed and I’ve known more people since then, more women; I’ve seen more people, been seen by less, the accumulation less through effort than just the momentum of time. Some time ago, alone again, I went back to 18th, hoping maybe to find one of the girls I’d seen long ago. I only wanted a moment of recognition, nothing more. I found no one I could remember, though imagined some of them to be the same. I pictured them younger with eyes closed and blushing cheeks.

Later, I stood in Gravesend Park and found the place where we’d wait for the end of Fridays. I watched the still-rusted bleachers darkening in twilight, and it felt familiar but farther away, too, just out of reach, a feeling I’d felt before. It was the same feeling I had when, from across the street, I saw a girl I once loved. Now a woman, she held hands with a man whose face was out of focus, which meant I could imagine he was a version of me, someone almost like me, but not quite.

Munawar Abbas studied at Hunter College and is a graduate student at the Stony Brook Southampton MFA program. He lives in Brooklyn and this is his first publication.