Waking Up to the News

I’ve always made drawings, and I’ve always been a radio junkie. When I was a preteen, I hid my transistor radio under the covers. Now, the radio is always on in my studio, while I’m drawing. Whether tuned to my local NPR affiliate station, “Democracy Now!,” baseball, or music, the radio is a constant presence. I’m also a news addict. When you put it all together, my fantasy alter ego as an image-creating radio journalist emerges.

l began Diary of a Radio Junkie: 1608 Days of Waking Up to the News on November 22, 2015, with the idea of illustrating the first headline I heard on the radio each morning and posting the image on social media for viewers (including the reporters) to see. Having recently completed a different year-long project (A Year on Broadway), I was ready to start a new year-long series. The First Radio Headline Heard of the Day Drawing Project began as just that, but then the news compelled me to continue beyond that initial year and beyond the first headline. The single headline morphed into multiples soon after the 2017 presidential inauguration. I began to curate my choices, reflecting my perception of what was going on in the world.

My process begins with choosing the headlines I’ll highlight and researching images, using screenshots from videos and other online material. From these fragments, I compose a gouache/watercolor/pencil drawing/painting that is a collection of portraits, landscapes, architecture, and logos, with the news headlines embedded in pencil.

Except for a brief holiday, during which I arranged for a series of ten “guest artists” to substitute for me, and two brief medical situations where I again enlisted artists to fill in, I haven’t missed a day since the project began. The project is slated to end on November 21, 2020, exactly 5 years from the day I started. When I started—almost a year before the election of Trump—I had no idea that I would be drawing what might end up being one of the most significant (and frankly tragic) periods in U.S. history. The recent advent of the coronavirus epidemic adds to that notion. 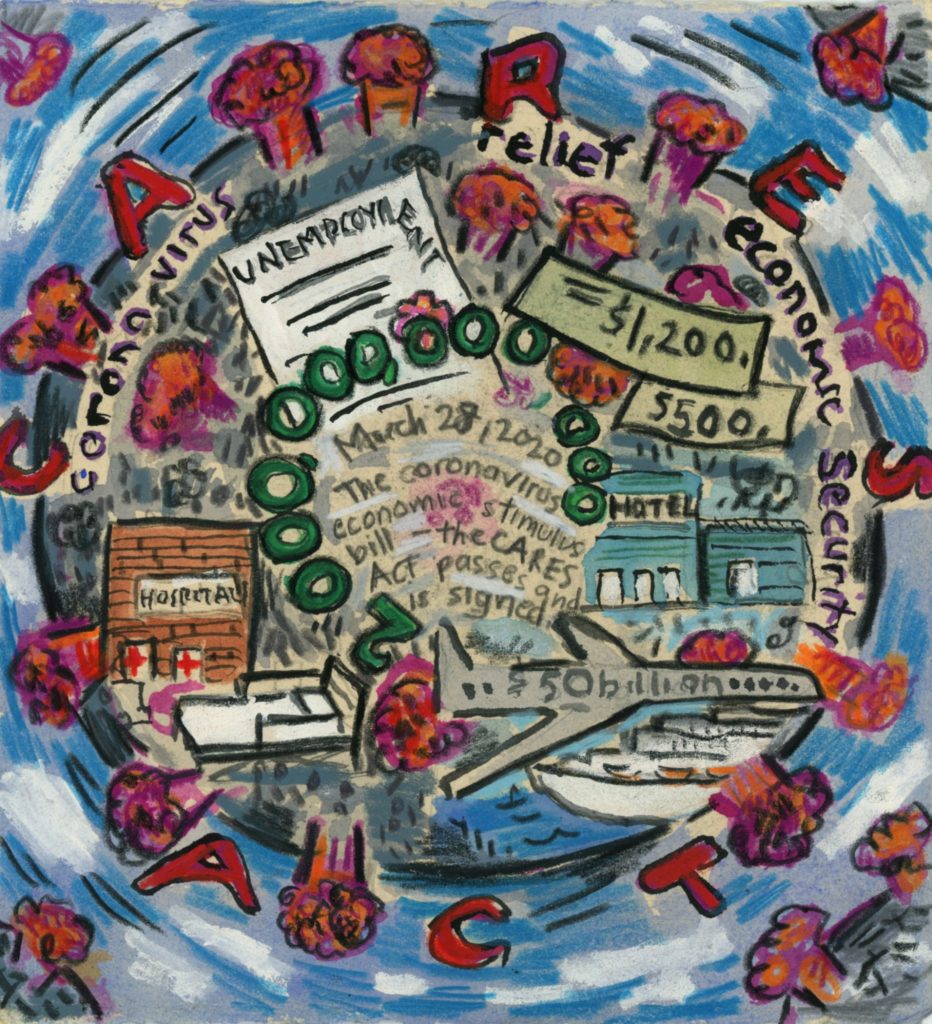 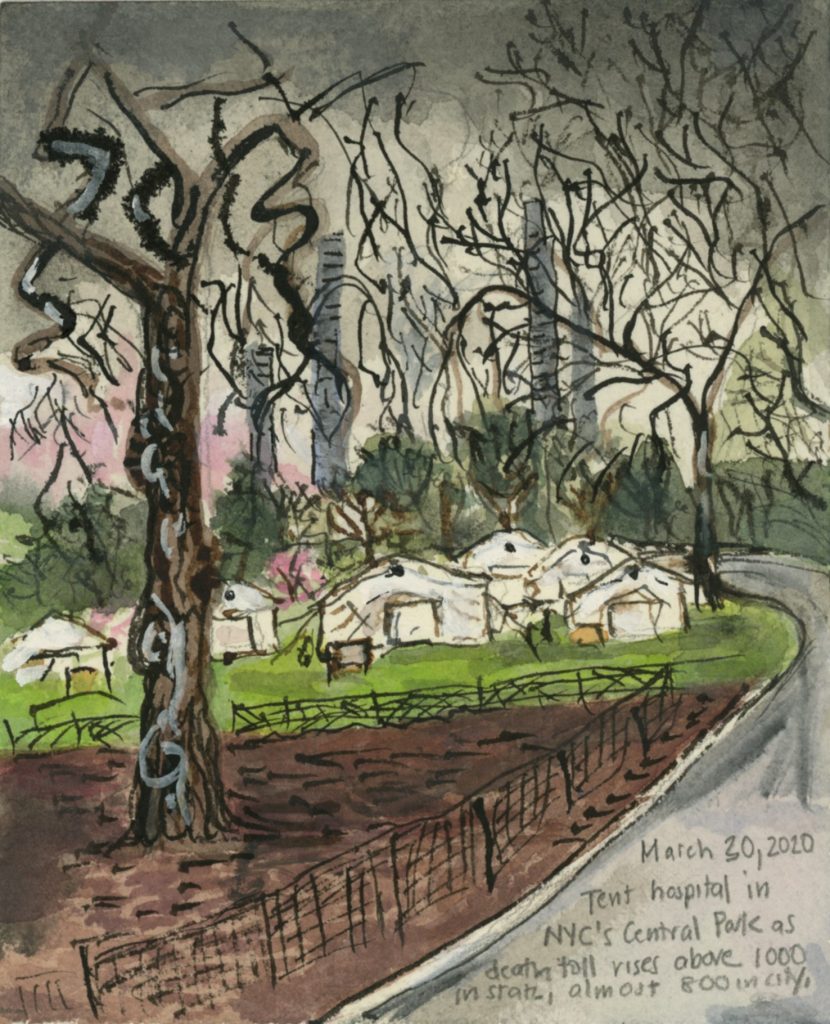 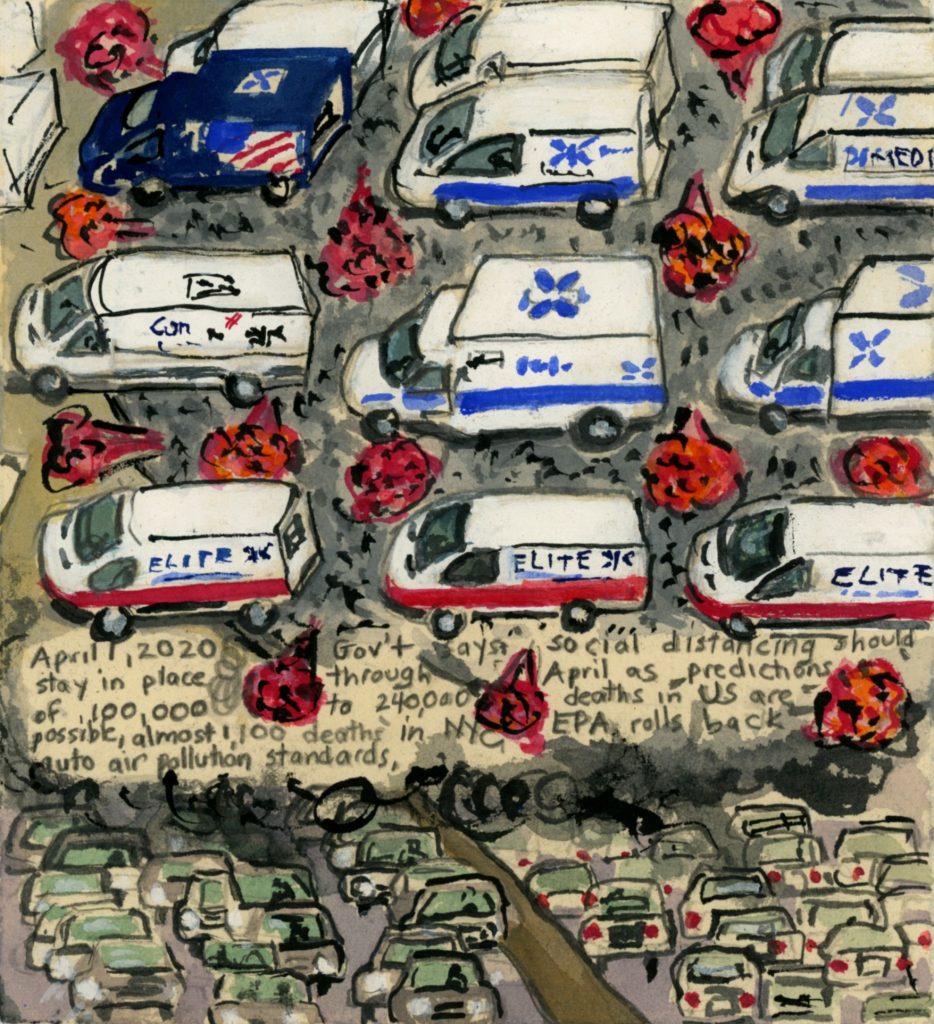 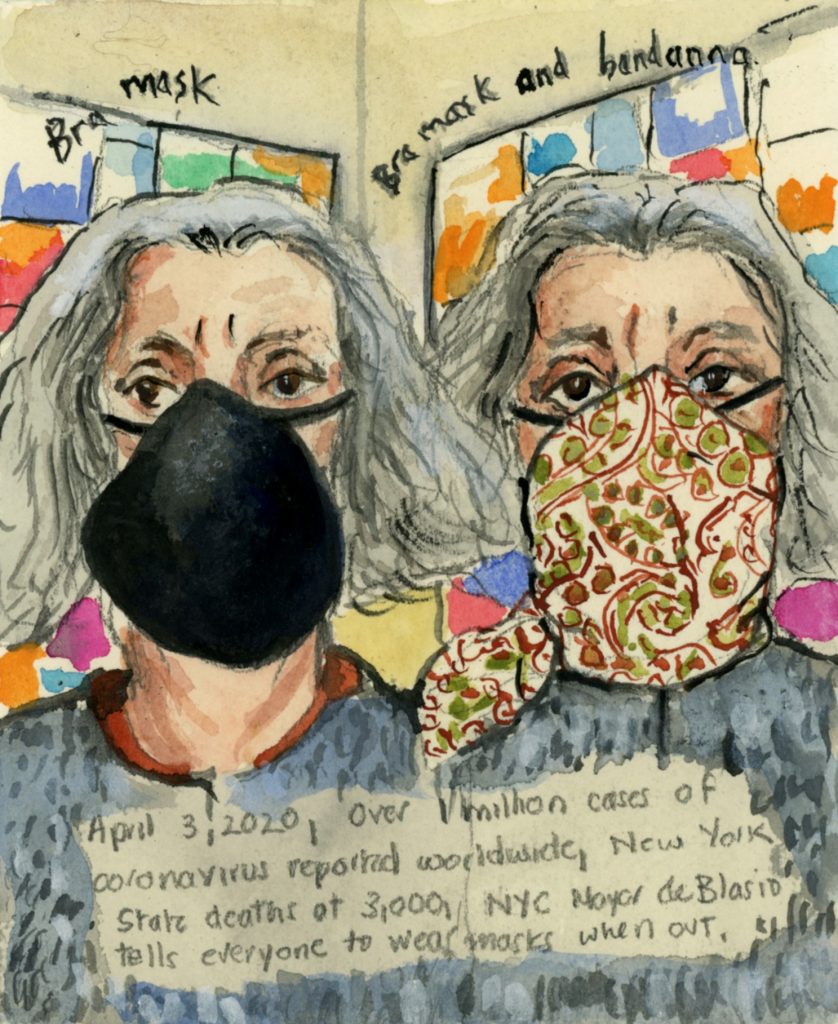 Elise Engler is a NYC artist whose drawings and paintings capture and document the material world in its all its myriad details. Projects are large in scope, but intimate in format. She creates a narrative investigation of the world seen through its innumerable, but countable, individual components, assembled in suites and series of works. She has made an art of the inventory, from drawing everything she owns, to the contents of purses, to what‘s in refrigerators and arsenals, to the missing antiquities from Iraq’s national museum. Other projects include, moment-by-moment, time spent in Antarctica with the National Science Foundation and drawing every block of Broadway in Manhattan (featured in the New Yorker Magazine and on CBS Sunday Morning.)