It was August. The stream ran low but was busy with creatures seeking to cool off. One day a little human stood on the bank, and sneezed, and a virus entered the stream.
Stream said, Are you singing?
Virus said, I am host seeking.
Sounds like a dirge, stream said, but what sort of host do you seek?
A warm one, said virus.
I have been warming for weeks, said stream. Am I not a host?
You are a vehicle, said virus.
I am the lowest point, said stream.
And you move to lower places, where my hosts often like to dwell in large numbers, said virus.
We have passed several creatures warmer than me, said stream. Just now a beaver, earlier a bathing human, both of them very warm, their orifices exposed, and yet you are still with me.
There is chance involved, said virus.
In the design of your host-seeking, said stream, is chance?
Yes, in my design, and in all designs.
And what becomes of a warm body upon its hosting you?
It feeds me. It heats up as it feeds me. It must not burn too hot, however. My main concern is that it remain alive, hot and alive, and it must not understand me deeply enough to annihilate me.
I do not like the sound of your work, said stream.
It is a strange life, and I did not choose it, said virus.
Might you find another vehicle soon? asked stream.
Soon, I will find a host and it will be my vehicle.
A vehicle that also feeds you—how convenient!
But isn’t the rain what feeds you while also being what keeps you going? said virus.
I suppose, stream said.
Even the light feeds us as it transports us, said virus.
Seems we’re all so well hosted and fed, said stream.
It is good to be aware, said virus.
But not too aware, said stream.
Exactly, said virus. 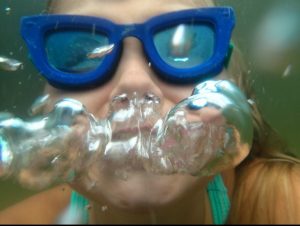 THE CREEK AND THE LAND

THE OYSTER AND THE TEAR

A tear fell into the brackish water of the marsh as the tide was just starting to turn. Soon, an oyster sucked the tear into its yumspace. The tear felt many things inside the oyster. Oyster, noticing the tear, said, How’s your day going?
Mighty fine, said tear. And yours?
Same old, said oyster. I’m glad the tide is turning.
I bet you are, said tear.
What do you know of tides? asked oyster.
I am a product of tides.
You mean the moon drives you, too?
Of course, said tear.
I wasn’t aware of that, moon said.
Tear said, I wasn’t either, but being in your yumspace has showed me.
That’s good to hear, said oyster.
It’s good to feel, said tear, to feel that I’ve grown closer to my origins.
Your origins are far away, no? said oyster.
Grief birthed me, said tear, but the moon birthed the grief.
Perhaps the sun birthed the moon, said oyster.
Perhaps the marsh birthed the body that channeled the grief birthed by the moon, tear said.
Perhaps the body that channeled the grief is closer now than before, even if the body has moved far inland, oyster said.
Maybe so, said tear.
This is going to be a good flood tide, oyster said. There is much aswirl.
I have been birthed by other bodies channeling grief and by some bodies channeling joy and some even that were channeling desperation, said tear, so I know swirl.
This body of mine, said oyster, is too close to swirl to really know it.
But soon you will spit me out, no? asked tear.
Naturally, I will spit out part of you, said oyster, and part of you will remain with me.
I will be two places at once then, said tear.
You will be one in two places, said oyster.
As in twice whole, asked tear, such as both wings of your shell?
It is happening now, started oyster.
I feel the same, said tear, yes, but I feel it twice.

Thorpe Moeckel’s sixth book, Down by the Eno, Down by the Haw: A Wonder Almanac, was published in fall 2019 by Mercer University Press, and his middle grade novel, True as True Can Be, along with a collection of poems, According to Sand, will be published in 2022. He has taught at Hollins University since 2005.