In celebration of Scoundrel Time’s third anniversary, our editorial team is excited to announce the winners of our third annual Editors’ Choice Awards, selected from among the works we published in 2019. John McAuliffe’s “The Kabul Olympics” is the award-winner in poetry.

In “The Kabul Olympics,” an elegy for another writer, John McAuliffe invites us to think about aspiration and impossibility, and about how we ourselves might live and write politics and history,  while working inside our limitations and through our desires to do what’s meaningful. This is a quiet and far-reaching poem. McAuliffe’s new book, THE KABUL OLYMPICS, is forthcoming in April. 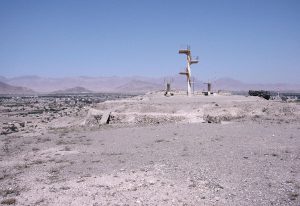 She decided on swimming the channel
to think through the chances
of a character escaping the camps in Calais.

When the weather turned, the organizer
had to cancel, but training in the murky Dover water
was not all beside the point:

Swimming Pool Hill
would be the name of the novel.
The hill was where a swimming pool had been,

built by a Russian
dreaming up an Olympics in Kabul.
Before the rise of the Taliban.

She lived with story. She added one word
to another, to make more probable
what ought to happen.

The unfinished novels were visitations,
chances we should take. While she wrote
we listened, friends

piling now out of the slow black car.
When the weather turned,
she knew what it meant.

She had terrible luck is what she wouldn’t say.
Her laughter started at
the back of her throat

and tilted her head.  She’d call up,
after writing her character
into the channel;

where she’d be living herself,
chances were, she couldn’t tell,
from day to day.

Younger, she rode off on a horse, it was a white horse,
seen from an orchard: her amazed father,
diminishing on the border,

is unforthcoming on the details.
They didn’t matter, this isn’t a story.
That noise is probably the wind.

They drained the swimming pool at the top of the hill.
A quiet spot, to train volunteers.
She could hear its dry echo.

Something unspoken can be something known.
Saying it
would be another desperate matter.